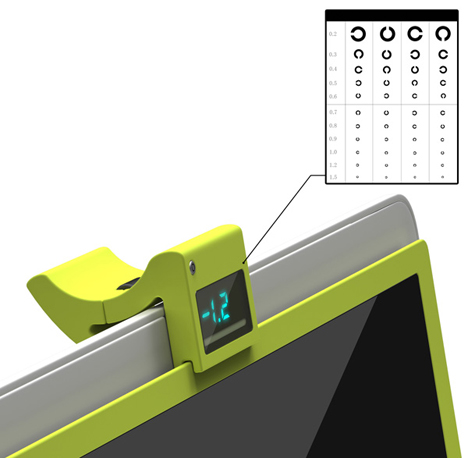 This is going to be a very poorly-sighted world eventually. A huge portion of our population has been staring at computer screens since childhood, meaning two things: eye damage will be incredibly widespread since done by even the looking at a screen for a minimal amount of time, as it adds up over several decades; and optometry will become a very lucrative field (pay attention, millennials). One concept aims to fight back against the oncoming myopia epidemic. 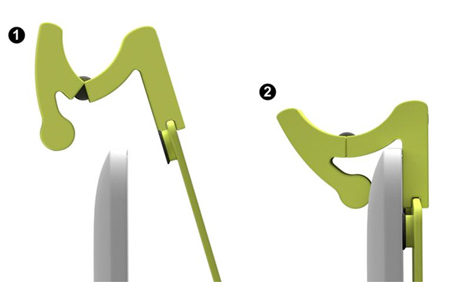 The i-Free is a clip-on digital lens meant to help “weak-sighted” people view their computer screen without glasses or contacts. The idea is quite simple: instead of wearing glasses or contacts, this lens would be auto-corrective in order to produce images to fit your corrective lens prescription. A touch control system would allow you to slide its corrective powers along a nearsighted/farsighted spectrum. 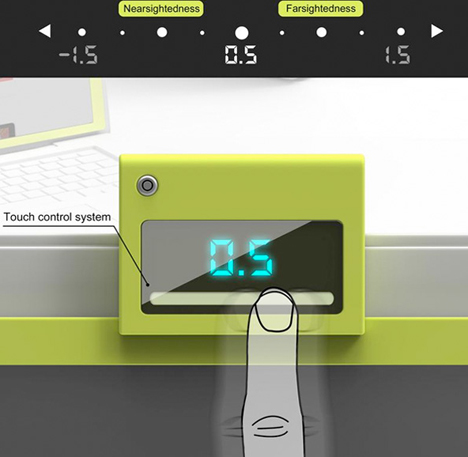 The execution, however, is what may raise questions. The necessary technology for the i-Free isn’t explained at all in the idea’s description renderings, so it may be an idea for a while. But it certainly would be nice to comfortably view your device’s screen while at the same time fighting blindness.

See more in Computers or under Gadgets. February, 2014.