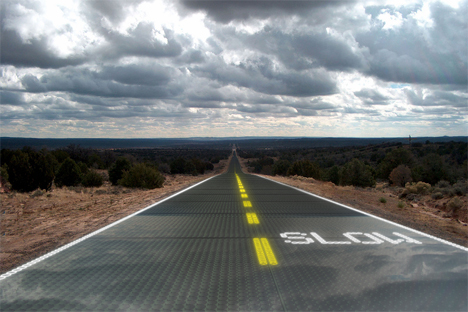 It makes sense if you think about it: using highways to collect solar power. The Interstate System in the U.S. is comprised of over 46,000 miles of road, and a startup company called Solar Roadways was recently granted $100,000 by the Department of Transportation to develop their 12 foot-by-12 foot solar-collecting road panels. According to Solar Roadways, the panels can be set into roads to not only provide an improved driving surface, but to collect solar power that will be put into the existing electric grid. 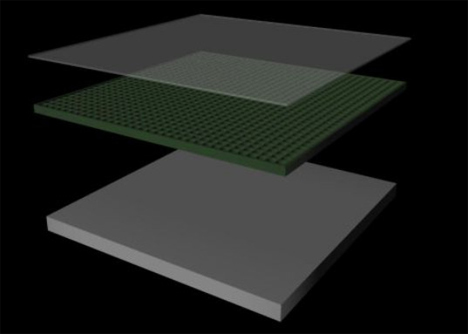 We’re not talking a drop in the bucket here: each panel produces 7.6 kwh of energy per day, so one mile of these panels on a four-lane highway could power 500 American homes. At around $7000 per panel, it’s not exactly the most expensive mass solar-energy-collection option. And if it goes well, the panels could eventually be used on city streets, parking lots and driveways, making use of the massive amounts of solar energy that are going uncollected today. Since the panels would spell the end of petroleum-based asphalt, they benefit the environment in more than one way.

While the top layer of the panels is durable and provides traction, a sub-layer contains embedded LEDs for displaying messages to drivers. The panels could even contain heating elements to prevent the roads from freezing. Each panel contains its own microprocessor and acts as its own decentralized power station, meaning that if one panel breaks they don’t all go down together. 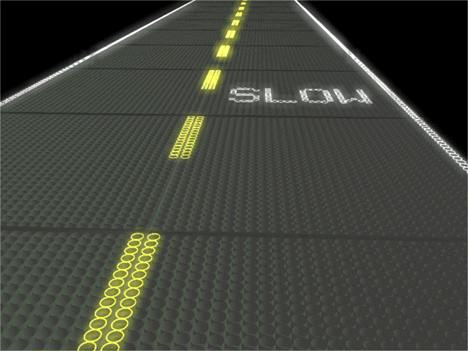 Solar Roadways also, somewhat alarmingly, proposes using their system along with RFID tags in vehicles to track their location – in the name of terror prevention. That part sounds a little dicey, but the intelligent power-producing safe roads that cut down on (or eliminate) fossil fuel dependence? That we like – a lot. The idea isn’t even at the prototype stage yet, so you have a long time to wait before you see Solar Roadways actually coming to a highway near you.

See more in Energy & Power or under Science. November, 2009.