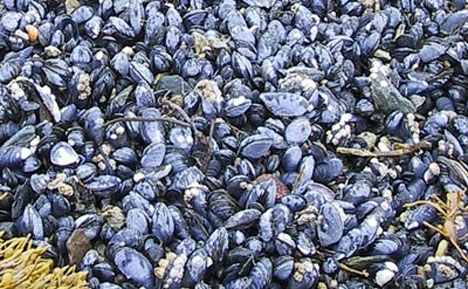 Nature often offers better solutions to everyday problems than anything that science has yet developed, so it’s no surprise that scientists, researchers and industrial designers frequently draw inspiration from natural sources. Medical researchers recently looked to the marine tube worm to help them develop a biocompatible glue for fixing shattered bones, and now researchers at North Carolina State University are looking to the humble mussel for other medical applications. Anyone who has ever tried to pry a mussel off of a rock at the beach knows how strong their natural adhesive is. Scientists think the makeup of that adhesive can help simplify healing after injury or surgery.

Currently, stitches or synthetic adhesives are used to close up wounds following surgery or injuries. Both of these methods can cause problems, like scarring, infections or damage to the surrounding tissue. Dr. Roger Narayan, one of the researchers involved in the study, thinks that natural adhesives like the one found in mussels could be used with a kind of piezoelectric printer to close wounds in a safer way. The natural adhesive would eventually be absorbed by the body, unlike the artificial methods, and present fewer risks and less scarring.

The natural adhesive may also allow a larger degree of accuracy in repairing injuries, meaning that it can be used effectively even for minute cuts, like those caused by eye surgery. Using a “printer” to apply the adhesive rather than relying on the steadiness of a doctor’s hand further reduces the risk to surrounding tissues.

See more in New Materials or under Science. March, 2010.