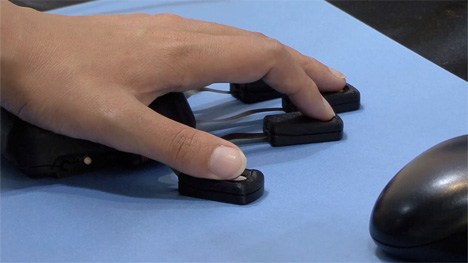 The standard two-button mouse design has been around for such a long time for good reason: it’s simple, it’s effective, and it’s cheap to produce. It is, however, pretty limited in some aspects. With new generations of software has come the need for a more comprehensive kind of input device. 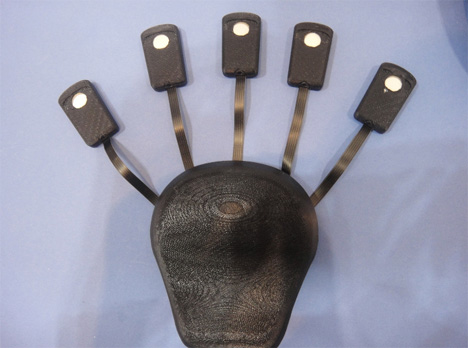 This five-finger device, called Amenbo, is pressure-sensitive and can perform functions that would usually require using a standard mouse in one hand and a 3D mouse in the other. It not only registers the movement of each finger, but the pressure of each as well. That gives the device superior sensitivity and the ability to “read” complex actions from the user involving several fingers at once.

Different hand sizes are accommodated by the stretchable mesh holding each finger pad together. The mesh also allows for a degree of natural finger movement during use. 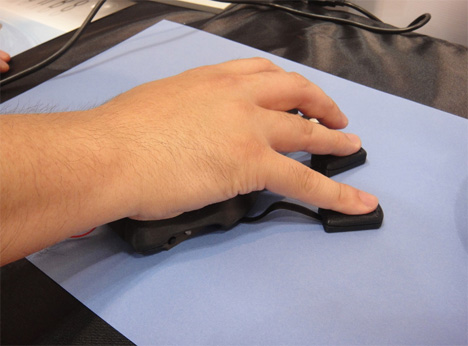 Amenbo was developed by the Japanese company Double Research and Development. Its most obvious application would involve manipulating 3D models, but the company also plans to develop it for controlling a five-fingered robot.

See more in Computers or under Gadgets. July, 2011.