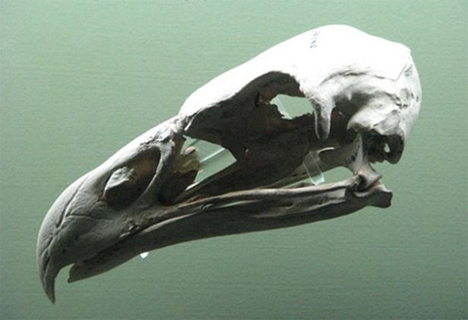 Legends of huge, terrifying, man-eating birds have been passed down from one Maori generation to the next for centuries. Until now, it was thought that they were just that: legends. But recent scientific evidence suggests that the scary birds depicted in rock drawings may have been Haast’s eagle, a very real bird that went extinct about 500 years ago. Because of New Zealand’s physical isolation, it has no indigenous large mammals, so birds often filled in the roles in the ecosystem normally taken up by large mammals. Haast’s eagle was huge, powerful, and built for killing – just like a lion. 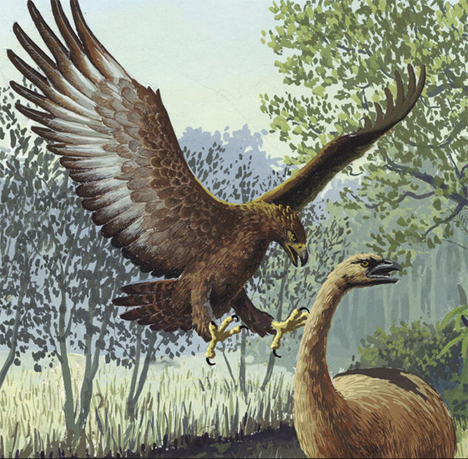 Haast’s eagle was originally thought to be a scavenger because it shares some features with modern vultures. But researchers at Canterbury Museum in Christchurch and the University of New South Wales in Australia found a number of surprising physical features upon closer examination of skeletons, including high-tech tests like CAT scans. One of the most telling characteristics was its strong pelvis, which proved that the bird’s skeleton was strong enough to withstand dive-bombing prey at speeds up to 50 mph. Despite being huge (up to 33 pounds with a wingspan up to nearly 10 feet) they were fast, agile and sturdy enough kill even the large moa bird, which were up to 15 times heavier. Despite being easily capable of killing a small human, Haast’s eagle quickly went extinct after humans populated New Zealand and killed off the flightless moa, its main food source.

See more in or under Various Gizmos. November, 2009.