10,000+ Subscribers
Face Off and On: iPad Faces Explore Feelings of Anonymity 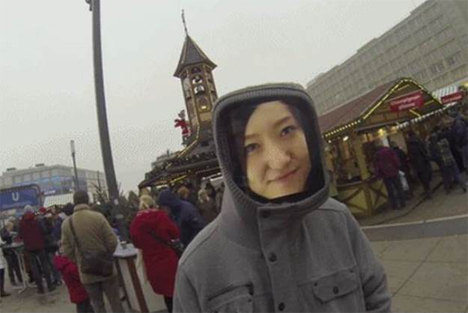 Have you ever wanted to be someone else just for a little while? Artist Katsuki Nogami lets people do that…in a way. The Yamada Taro Project involves people walking through public spaces in Tokyo and Berlin with iPads occupying the space where their faces would usually be visible. 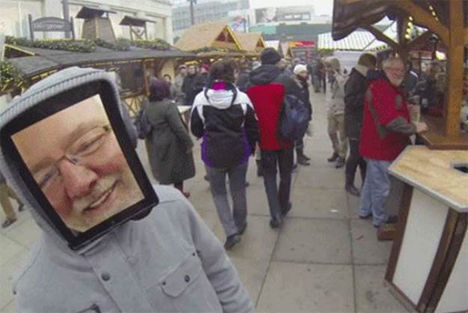 The iPad-faced people wander through crowds, asking for permission to use individuals’ faces in the art project. Most people seem amused by the concept and delighted to have their face used in the project. The iPad faces then snap photos of willing people, adjusting the photos until they fill the screen.

The faces are displayed in real time in both cities, letting folks travel without leaving the city they are physically in. The name of the project is a very common Japanese name, similar to John Smith. The project explores the subject of anonymity, letting both the iPad wearer and the temporary faces both step out of their bodies and become another person temporarily.

See more in Art of Tech or under Technology. February, 2014.