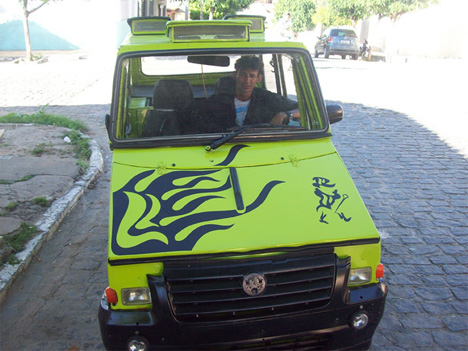 That time-worn saying “Where there’s a will there’s a way” has rarely been so very true as it is in the case of Orismar de Souza, a formerly-homeless man in Brazil who had always dreamed of owning a car. Lacking the funds to buy one, he decided to build a car for himself. This green machine is called the Shrimpmobile, and it was built entirely by de Souza. 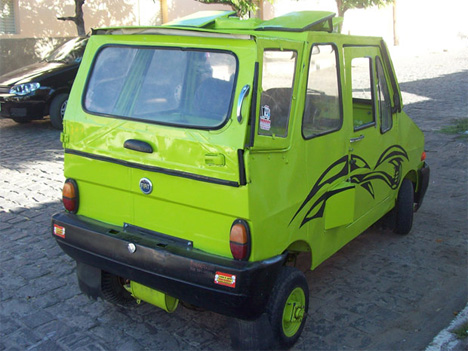 Normally a panhandler in São José de Piranha, de Souza went hungry for four months in order to afford the $270 worth of sheet metal he needed for the car’s body. A friend gave him a hammer and chisel, which he used to cut the metal despite the obvious difficulty of this task. According to de Souza, no one believed that he would actually be able to make a car with his own hands – and he was close to giving up at one point. 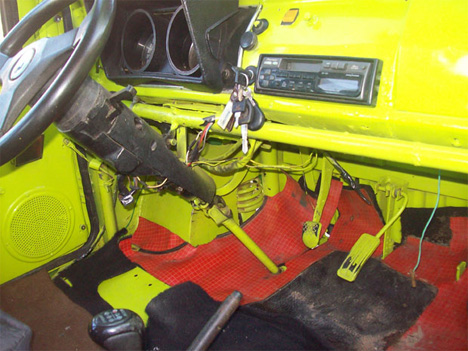 The handy man scrounged all of the parts he needed, including a small motorcycle engine that he later outfitted with a car ignition. The completed car can reach speeds up to 50 MPH and seems to work just fine for de Souza. He has used his newly-minted transportation to help him find a job in the local sugarcane fields and a home. Now think about this guy’s determination the next time you lose the remote and you’re too lazy to get up to change the channel.

See more in Mods & Custom or under Transportation. April, 2011.