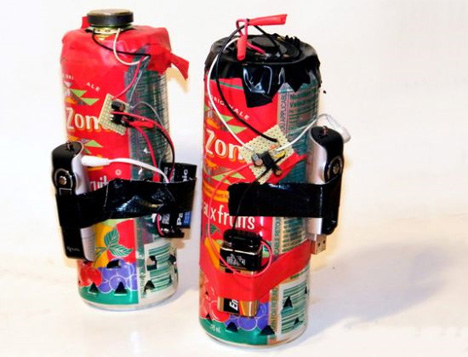 So far, urban graffiti has been mostly limited to visual creativity. Jason Roussel, a Canadian artist and designer, is staking a claim for audio graffiti with his AudioBombs project. Granted, this is not the first time musical graffiti has been explored – but Roussel’s novel choice of medium is an empty aluminum can, a cheap MP3 player and some electrical tape. 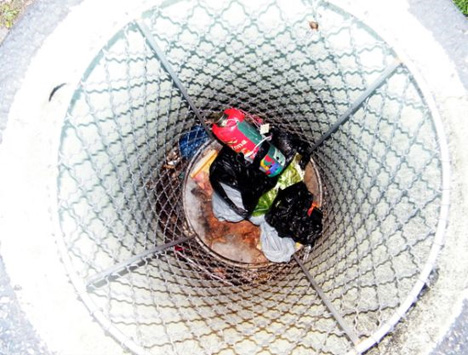 The finished devices, called (of course) AudioBombs, look enough like actual bombs to put just about anyone on high alert. But according to the artist, the threatening appearance is not a part of the project – it’s simply a side effect of making the expendable audio devices as cheaply as possible. 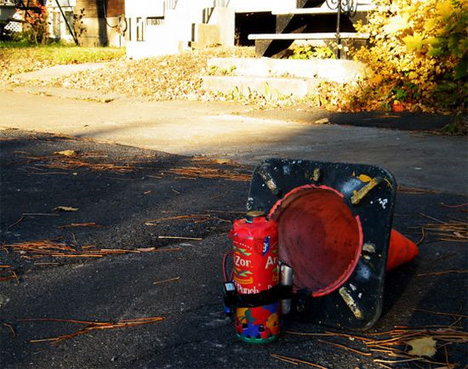 AudioBombs are meant to be placed out of sight, where their very presence won’t incite a massive police mobilization. The MP3 player and 356 amplifier work with the large can to amplify sound so that even when the device is hidden it can be heard by passers-by. 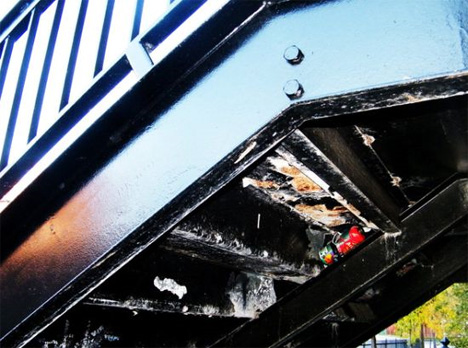 The design is for artists and activists who yearn to spread a message or just make the world a little more interesting. They’d better hope the devices are hidden very, very well, though: we know police don’t take kindly to well-intentioned artistic statements that just happen to look like bombs.