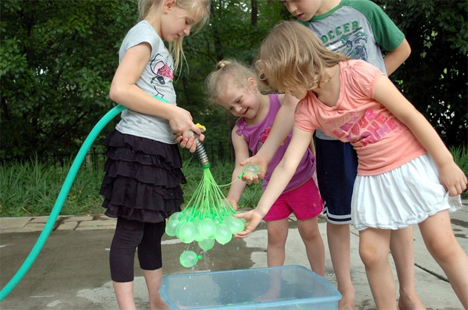 One of the best parts of summer is water balloon fights. One of the worst parts of summer is preparing for water balloon fights. An hour just to fill up a tiny stockpile of balloons that’ll just be decimated in two minutes anyway? No, thank you. We usually just go all crazy and start spraying the other team with the garden hose, but super-smart dude Josh Malone has a better idea. 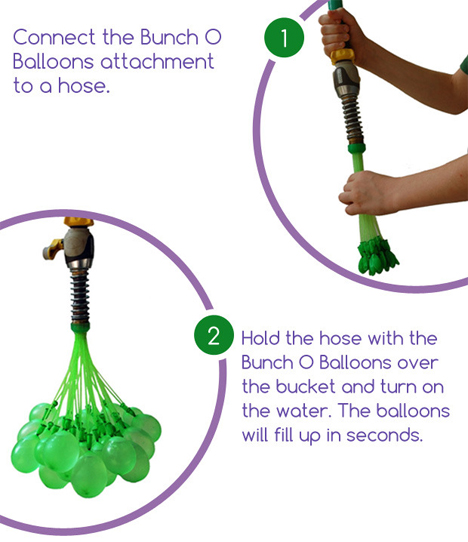 Malone is a father of eight, so he’s probably seen more than his share of water balloon fights. He came up with an ingenious contraption called Bunch O Balloons that lets you fill up 37 water balloons in about 20 seconds. And the best part is that you don’t even have to tie the balloons, which is easily the most frustrating part of the whole water balloon process. 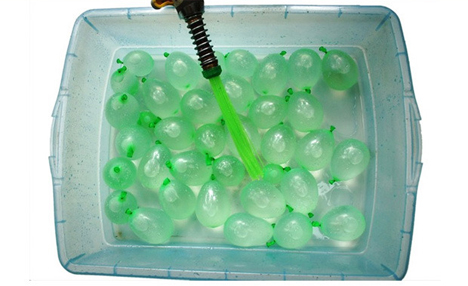 Bunch O Balloons is a one-use device that you just screw right onto the nozzle of your garden hose. Turn the hose on, let the balloons fill up for about 20 seconds, and then just jiggle the hose over a container full of water to safely release the filled balloons. Repeat a few times and you can fill up 100 water balloons in one minute. That other team won’t stand a chance. 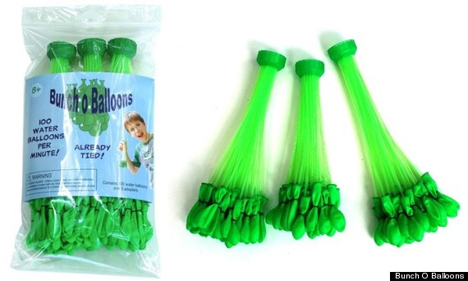 The crazy invention is raising funds on Kickstarter and has already raised way more than its modest $10,000 goal. Pledges of $15 or more get one package of Bunch O Balloons, enough to fill 100 balloons. We seriously can’t wait to start the neighborhood’s biggest water balloon fight and totally dominate all those suckers still filling up one balloon at a time.