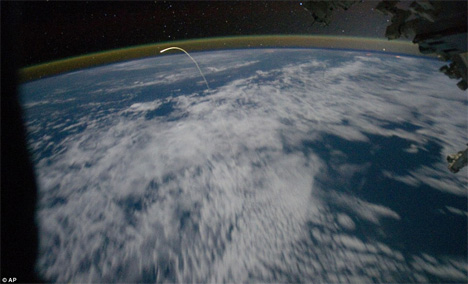 It’s the end of an era for NASA and for American space exploration: the space shuttle program officially ended on July 22, 2011. But the mission ended with one final breathtaking moment as astronauts aboard the International Space Station snapped this image of Atlantis re-entering the Earth’s atmosphere shortly before it touched down at Kennedy Space Center.

Atlantis reunited with Earth like a shooting star, creating an unbelievably beautiful spectacle as seen from space and inspiring those on the ground to cheer with joy and pride. Due to changes in the focus of America’s space program, this is the last time the public will welcome a space shuttle back home for the foreseeable future. 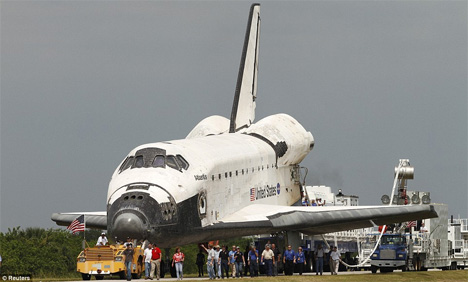 Onlookers watched as Atlantis was towed into the Orbiter Processing Facility, awed by the size and history of the spacecraft. The shuttle program has been in operation since April 1981 and is now being put to rest so that NASA can concentrate on farther-reaching missions such as landing on Mars. U.S. astronauts will continue to visit the ISS, but they will get there aboard shuttles operated by other countries or private space travel companies.