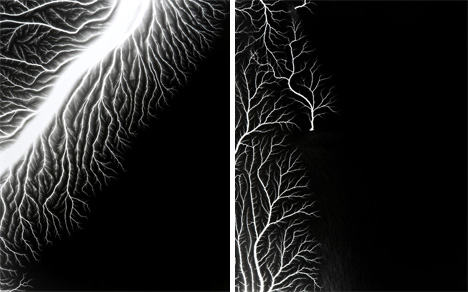 Lightning is one of the most thrilling, if scary, natural phenomena that most of us are able to see on a regular basis. Part of our attraction to lightning is probably because of its power and unpredictability, but it’s also extremely beautiful. Photographer Hiroshi Sugimoto captures both the beauty and the unpredictability of lightning in his project called Lightning Fields. 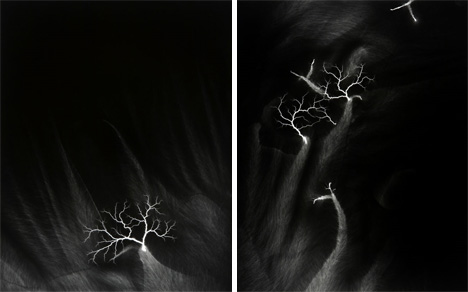 Sugimoto uses a Van de Graff generator and a metal table to recreate what he feels are some of the most important moments in scientific history: the moments that innovators like Michael Faraday and Benjamin Franklin began to unlock the secretes of electricity. Sending up to 400,000 volts of electricity through film to the metal table, he is able to create stunning photographic images. 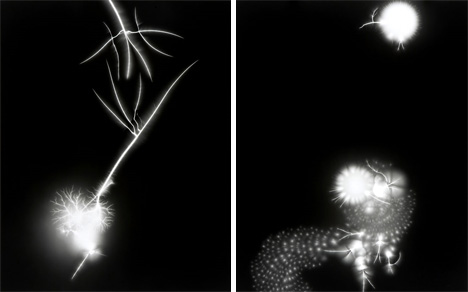 The shapes and feature that result are elegant, elemental, and sometimes surprising. They look like fractals, trees, rocks, even biological shapes – and to Sugimoto, they look like life itself. He does try to control the image to a point, often using various tools found around his studio to promote certain characteristics in the film, but ultimately the electricity reacts the way it wants to.

See more in Art of Tech or under Technology. January, 2010.