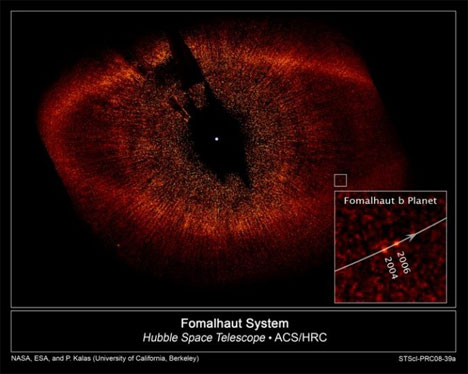 Earth scientists spend a lot of time thinking about how to find other planets. But how often do any of us stop to think about how the inhabitants of other planets will find us? Doing just that could, in turn, improve the methods we use to spot planets revolving around distant stars. Identifying planets is challenging because they aren’t usually bright enough to see, so scientists have to rely on novel methods to look around possible planets for a variety of clues as to their existence, position and size.

A cooperative effort between NASA and the University of Maryland has resulting in a fascinating computer simulation showing just what alien civilizations might see when training their telescopes toward our solar system. The simulation looks at the cloud of dust surrounding the solar system (the Kuiper Belt) and uses a telltale gap in that cloud to pick out the orbit of Neptune. 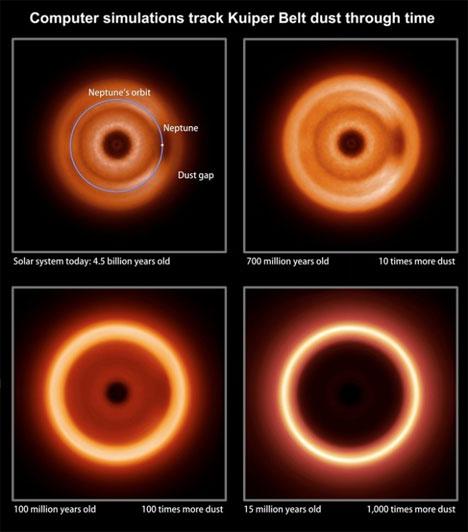 The model even lets astronomers take a look back in time to see what the solar system might have looked like hundreds of millions of years ago. Of course, since no one has ever actually see the solar system from this extreme distance there is a chance the model could be significantly off-base. Regardless, the data used to build the simulation could help Earthlings spot similar conditions in other star systems and identify Neptune-sized planets.