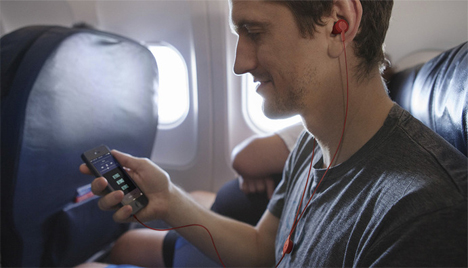 Flying may be the fastest way to get you from Point A to Point B, but it comes with its share of annoying disturbances. One of the worst is the pain and hearing interruptions that happen when the pressure in the passenger cabin changes. It isn’t a problem for everyone, but for some people it’s a seriously annoying issue that can last far longer than the flight itself. Quirky plans to produce a set of earbuds that will equalize the pressure in your ears when you fly. 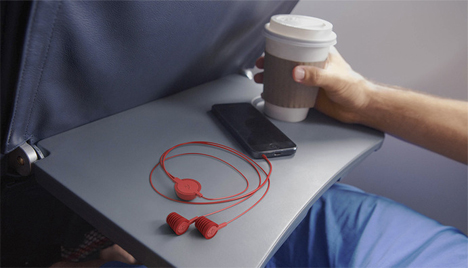 The idea comes from inventor Clark Bish, who is a longtime sufferer of air travel-related ear pain. According to Bish, 2.5 billion people suffer from this particular type of discomfort, and Bish’s own condition is severe enough that it persists for days after he flies. His earbuds, dubbed Equalizers, work by creating an airtight seal between the earbud and the ear canal. This seal cuts off the inner ear from pressure fluctuations in the plane cabin. 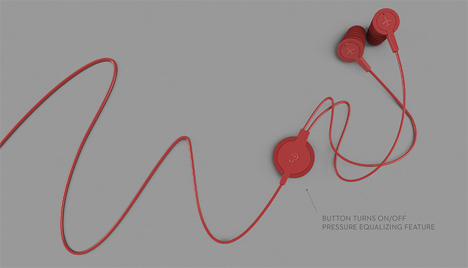 Thin air tubes let the user manually adjust the pressure in each ear. They also work as actual earbuds, allowing you to listen to music or white noise during your flight. A button lets you turn off the music and let in outside noises so that you don’t have to take the earbuds out. Putting the earbuds in when you board and leaving them in until after the plane lands will eliminate the problem of ear pressure pain altogether. The product isn’t yet in production, but Quirky is developing it; hopefully by the next time we have to fly we’ll be able to ditch the chewing gum and, pop these little guys in, and avoid the annoying ear pressure and popping altogether.