Whiskers that adorn the faces of some mammals aren’t there just to add to the animals’ cuteness. They are highly sensitive tactile appendages that help the animals find their way around and keep their balance. A team of scientists at UC Berkeley, led by professor Ali Javey, are now working on robotic whiskers that can be used on future generations of robots and in advanced human/robot interfaces. Robots equipped with the highly sensitive whiskers will be able to find their way around their environments more easily thanks to the mammalian-inspired appendages. 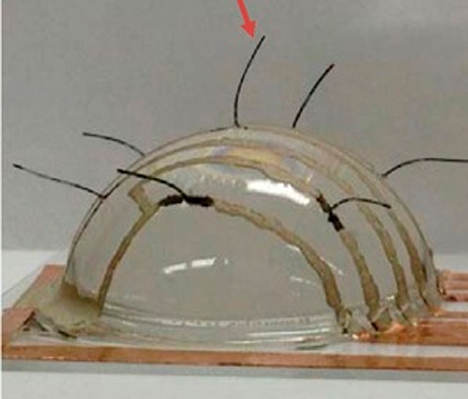 The whiskers developed by the team can detect pressure as minimal as one pascal – or about the amount of force a dollar bill exerts on a table it is sitting on. Their sensitivity is about ten times that of previous generations of similar robotic whiskers. Made of carbon nanotubes and silver nanoparticles, the whiskers are inexpensive and easy to produce. They are flexible and lightweight, so they wouldn’t add much bulk to robots but would greatly increase their ability to move around unassisted.

See more in Robotics or under Technology. March, 2014.