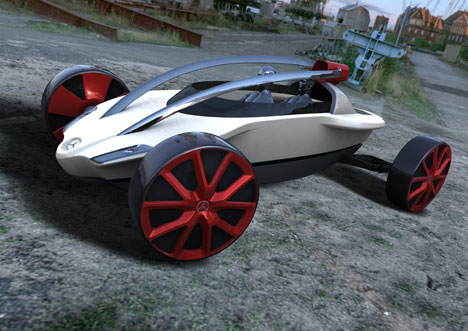 Visions of future urban living often involve the death of the personal vehicle in favor of widespread public transportation. While we might commute between work and home on public transport in increasing numbers, it seems unlikely that we’ll give up the personal vehicle altogether. Driving is, after all, one of life’s simple pleasures. Designer Felipe Palermo took that into consideration when dreaming up the Mercedes Arrow concept car. 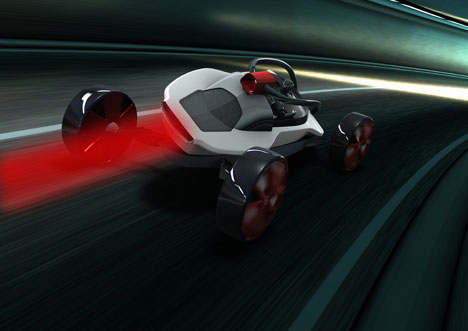 Palermo suggests that by 2050 we’ll only be driving ourselves around on the weekends, with our transportation needs being handled by suspended rail systems. But when we need a leisurely Sunday drive, this MAGLEV-driven vehicle will let us take control and explore the world on magnetic wheels.

The main compartment of the two-passenger car shifts with turns to keep riders safe and comfortable as they ride along. Since the wheels are actually secured to the roadway with magnets, there is a much smaller chance of off-road crashes and rollovers. 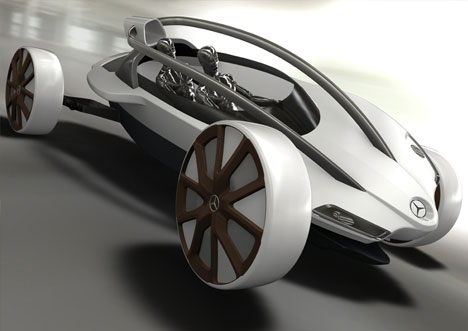 The wheels on this futuristic vehicle are also quite astonishing. They allow for re-injection of rubber when the treads become worn or experience a flat. This feature would keep untold amounts of old tires out of the waste stream, which is a good thing for everyone involved. The retro-Mercedes-inspired concept is nowhere near becoming a reality, but the prospect of an agile sports car that’s safe and fast is a decidedly intriguing one.