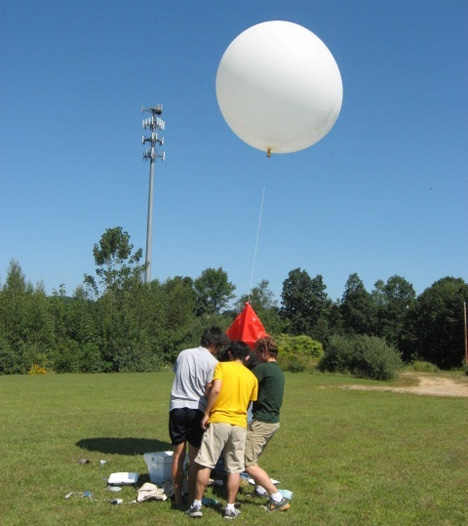 When a group of Spanish students managed to launch a weather balloon into space, it made international news. Now a team of MIT students has completed a similar project, but they’ve done it for a fraction of the cost. The shoestring-budget space launch was the world of Oliver Yee, Justin Lee and Eric Newton. Using a weather balloon and a few simple household items, Project Icarus was able to reach an estimated height of 98,000 feet (or 17.5 miles). 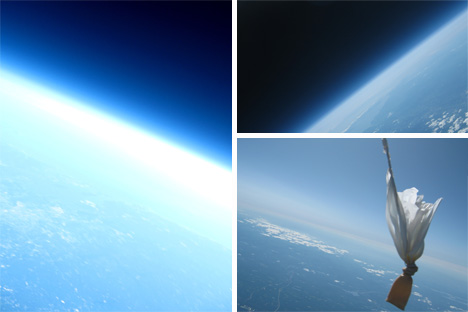 The materials used in the launch were a sounding balloon ($40 including helium), a pre-paid cell phone with recycled antenna ($50), a charger to supplement the phone’s battery ($10),  a parachute ($3), a second-hand digital camera with 4GB card ($40), instant hand warmers to combat the extreme cold of high altitudes ($5), a styrofoam cooler and various odds and ends already on hand or obtained on the cheap. They set the camera to take a picture every five seconds, and it chronicled the entire flight, from launch to retrieval.

After the balloon popped at a height of 98,000 feet, it only took the assembly about 40 seconds to descend. The above video is a compilation of all of the time-lapse photos, and it’s guaranteed to make you dizzy. The team’s amazing feat is thought to be the first ever to be completed for such a low material cost. They’ve detailed the project specs here so that other space explorers can launch their own missions. What’s next for the team? They plan to launch a trans-Atlantic balloon flight and in the process break the records for distance traveled and time aloft for amateur balloon with their Project Lindbergh.