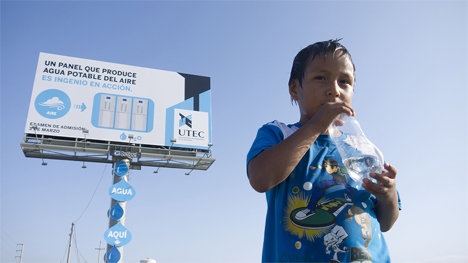 Access to potable water is a problem in much of the world, but the impact is felt especially hard in the coastal deserts of Peru. There, annual rainfall is a mere half an inch, but atmospheric humidity is abundant – about 98 percent. Researchers at Peru’s University of Engineering and Technology believed that they could turn that humidity into life-preserving water.

Before this experiment, the people in the villages surrounding Lima got their drinking water from wells. The wells were dirty and polluted, and certainly didn’t provide water that anyone would want to drink. Then a billboard went up that would make life easier for everyone in the area. 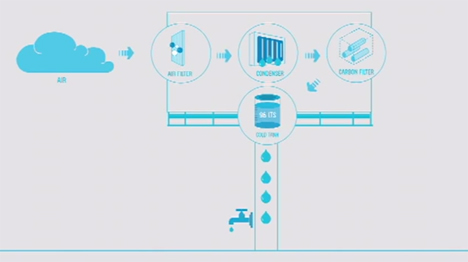 The “billboard” is actually a sophisticated water collection and purification system. Five generators purify the water collected from the atmosphere and collect them in tanks. The tanks provide enough clean, drinkable water for hundreds of families. The brilliant idea works so well that it has the potential to change lives all around the world.

See more in Earth & Nature or under Science. December, 2013.