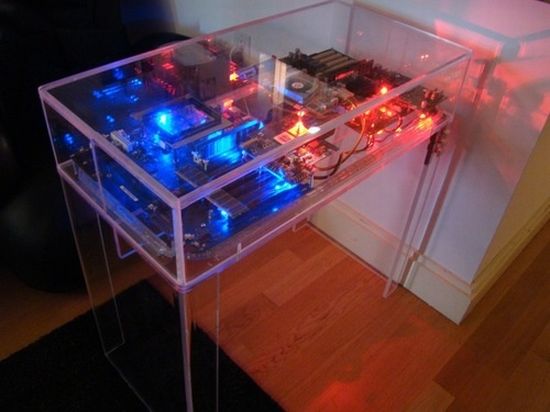 Nerdy interior decorators around the world can rest easy: the problem of the perfect geek table has been solved. Videographer Justin Adler came up with the idea for this glowing, circuit board-filled piece of furniture, and the idea was brought to life by artist Ted Southern. The components inside the translucent table came from two Apple G4 computers. Adler says it’s the world’s first microchip table.

The flashing innards make this easily one of the coolest tables we’ve ever seen, and the fact that it all came from two dearly departed G4s just makes it even better. 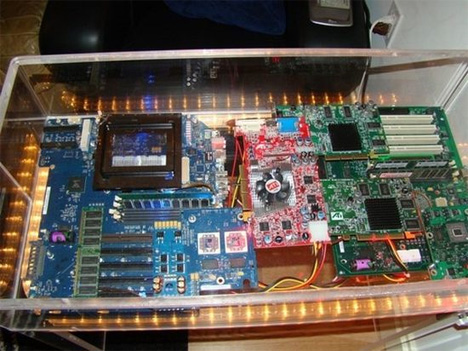 Aside from just looking awesome, Adler’s table is a great way to reuse old computer parts that would ordinarily go to waste. The e-waste problem is a big one, so we officially approve of any project that puts e-waste to use rather than chucking it in a landfill. 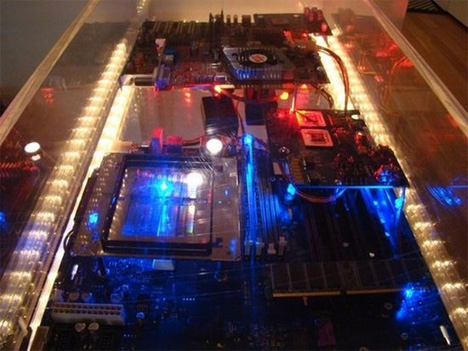 This table was custom made (including the “J” and “A” keys inside for the owner’s initials), so don’t get your hopes up for owning one of your own anytime soon. But definitely take these pictures as the inspiration they are, and go out there and build your own.

See more in Home & Personal or under Gadgets. January, 2010.