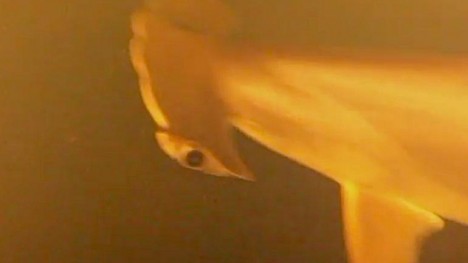 A volcano is just about the unlikeliest place to find a bunch of animals, right? A National Geographic team led by ocean engineer Brennan Phillips took off to the Solomon Islands – and specifically the active underwater volcano Kavachi – to get a glimpse of some interesting hydrothermal activity. What the team didn’t expect to find was a thriving submarine volcano community.

The team dropped an 80-pound camera into the water and let it sink 147 feet below the surface into Kavachi’s crater. Keeping in mind that the volcano is active and could erupt at any time, they only kept the camera and other instruments submerged for about an hour. When they got a look at the footage, they saw some pretty amazing sights: a group of jellyfish, a few varieties of fish, a sixgill stingray, and both silky and scalloped hammerhead sharks. 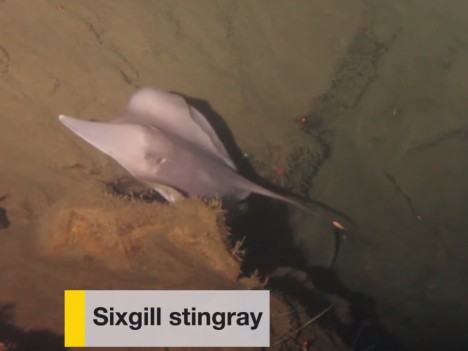 Phillips points out that you never really know what you’re going to find in an alien underwater environment. The team now has a whole bunch of new questions to work on – like how the animals survive in the very warm, acidic environment and whether they know to scram when the volcano is about to erupt…or if they just burn up in the magma when Kavachi blows its top.