10,000+ Subscribers
Dynamic Computer Monitors Let You Be in 2 Places at Once 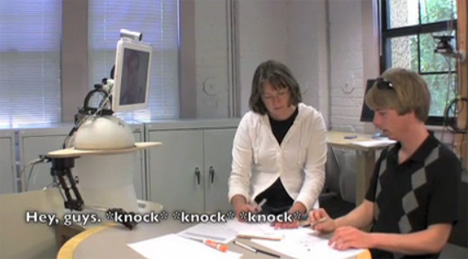 Interacting with someone via Skype can be a pretty lonely activity. You can see and hear the other person, but never really feel like they are right there with you. A team of researchers at Stanford University in California wants to use synchronized motion to put some personal interaction back into video chats. Their research revolves around motorized flat-screen computer monitors that move around in concert with the speaker’s own movements.

The researchers, working at Stanford’s Center for Design Research, attached motors to a monitor and programmed it to nod, shake side-to-side (as in “no”) and jostle about to signify laughing – all mirroring a user’s movements. A robotic arm is incorporated to reach out and make an attention-grabbing noise when necessary, the result of previous research which showed that humans respond strongly to an actual arm waving rather than a video of one and an actual real-time sound rather than a recording of one. 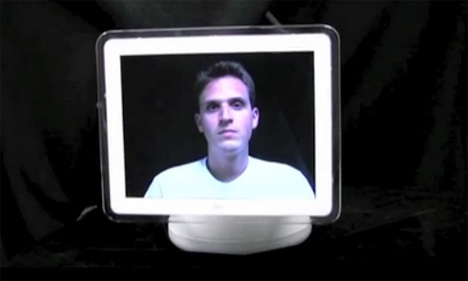 Overall, it may seem like useless science – but this technology actually has powerful implications for remote workers in the future. People who work from home or from geographically distant offices often suffer because they are treated as though they are not part of the team. Monitors which move as though they are using human gestures would help to make those remote workers seem more physically connected – especially if they are atop whole-body telepresence robots that allow users to “move” around in physical space just as if they were really there.

See more in Cybernetics or under Technology. April, 2012.