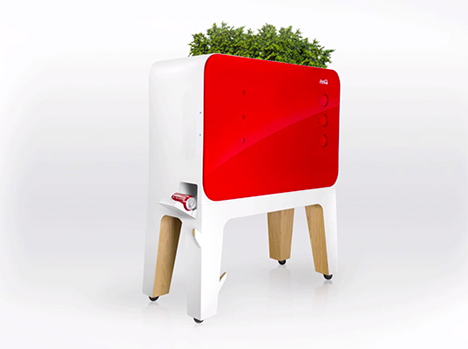 If you’re environmentally-minded, powering a little fridge just to keep your sodas cool in the summer probably seems like an unreasonable luxury. Soda giant Coca-Cola has introduced a bio-cooler that keeps cans of Coke cool without the use of electricity. 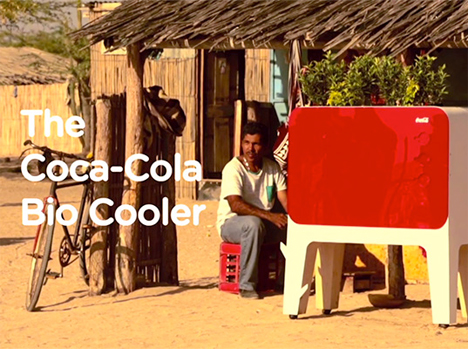 Developed by Leo Burnett Columbia and the International Physics Centre in Bogota, the cooler works on the natural biological process of evaporation. Contrary to logic, the cooler actually works better the hotter it gets outside. The cooler is topped by a small bed of plants. Watering those plants causes evaporation to take place inside of the cooler, bringing the interior temperature down. A mirror harnesses the power of the sun to convert gaseous water into liquid water, making it even cooler inside of the small soda machine.

The cooler was used as a marketing device in Aipir, Columbia – a place that is unthinkably hot and where residents travel 12 hours to fetch ice. While it may seem cruel to provide such a device in a place that would clearly be better served by technology that can help residents rather than provide them with unhealthy sugary drinks, the ad campaign focuses on providing the residents with a luxury that they otherwise would not have access to. Still, the brilliant idea – based on principles that have been known for centuries – could easily be replicated to provide natural refrigeration for food and water.