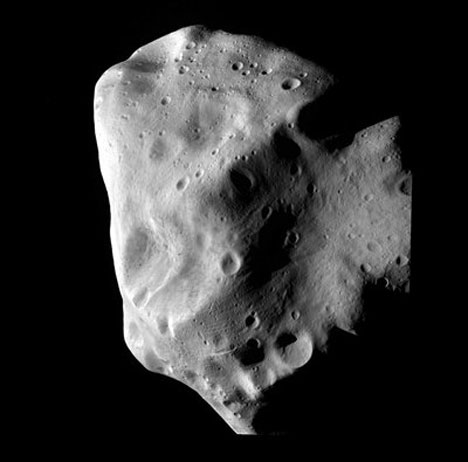 The European Space Agency just gave the Earth a look at the creation of our solar system via some startlingly beautiful pictures of a 4.5 billion year old asteroid called Lutetia. The ESA’s Rosetta mission ventured extremely close to the asteroid on July 10th, coming within 1,965 miles of Lutetia and gathering a wealth of new data in the process. The close-up photographs are hauntingly lovely, showing a space object that looks almost too amazing to be real. 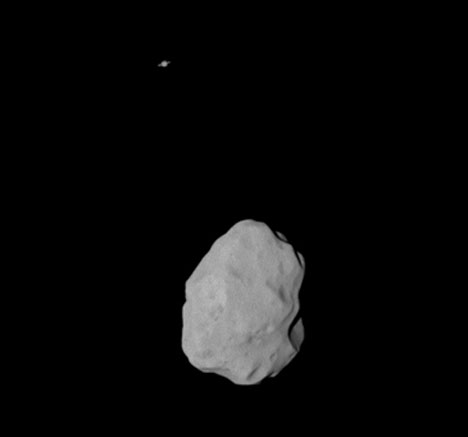 This is the first close-up look we’ve gotten of this ancient rock, one that is almost like taking a look into the unthinkably long-ago past. Lutetia revealed a cratered and pockmarked surface resulting from many collisions over its very long existence. While taking pictures of Lutetia, Rosetta also collected information on the asteroid’s density, composition, magnetic field, and possible atmosphere. Rosetta even attempted to capture dust grains floating near the asteroid. (Above, Lutetia is shown with Saturn in the background.) 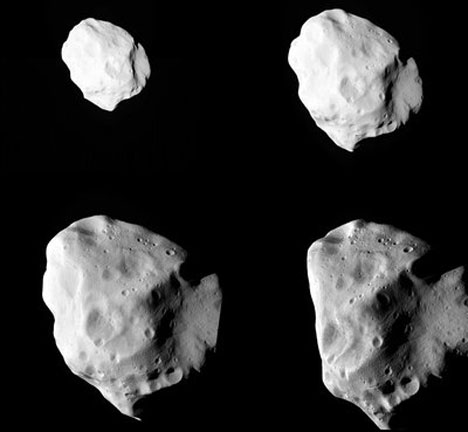 Even though it’s provided some compelling and fascinating data, Rosetta still has a long way to go. After its close encounter with Lutetia, Rosetta continued on toward its final destination: a 2014 rendezvous with the comet Churyumov-Gerasimenko. The mission’s primary objective is to follow the comet for months and finally send a lander down to the surface.