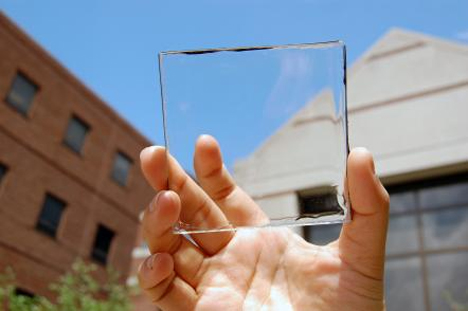 The solar panels we know today are bulky, dark things we bolt on to roofs or maybe plop some out in the desert to collect rays. Chemical engineers and material scientists at the Michigan State University’s School of Engineering have been working on a new type of solar harvester that looks just like a transparent, luminescent pane of glass. 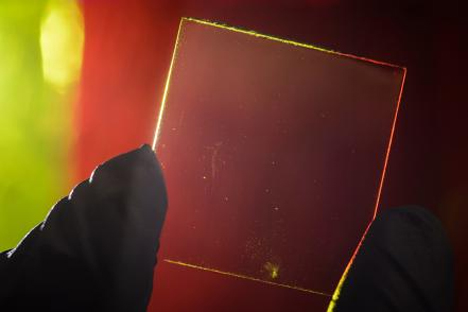 UM’s solar concentrators can be applied to just about any clear surface, including windows and cell phone screens. Previous attempts have used colored glass and were quite inefficient, rendering them annoying to say the least. 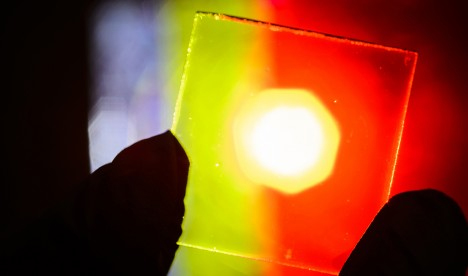 The new generation is colorless and works by using small organic molecules to absorb invisible wavelengths of sunlight: near infrared and ultraviolet. These special molecules move the captured rays the edge of the panels where they are picked up by thin photovoltaic cell strips and converted to electricity. The center of the panel is left free to capture solar power and still act as a window or phone screen. 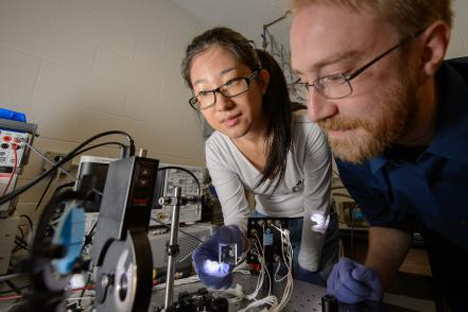 Because the panels only work with light that is invisible to the human eye, they look completely transparent. The research team believes that they can scale the design up to encompass entire office buildings – but for now, we’d be happy with a phone that charges itself every time we pull it out of our pockets.