10,000+ Subscribers
Cinema Surprise: In the Future, Movies Will Watch You 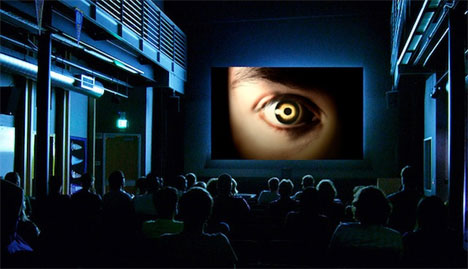 Movie screens have been equipped with cameras ever since viewers started bringing their own pocket cams to illegally record the show…but so far, those screen cams have only been used to detect IR signals from camcorders. That is set to change very soon now that a U.K. security firm called Aralia Systems earned a grant to transform those IR-detecting cameras into a system to measure audience reaction to films. The system is meant to track facial expressions and the level of audience attention to the film in order to measure the effectiveness of ads and the popularity of movie scenes. 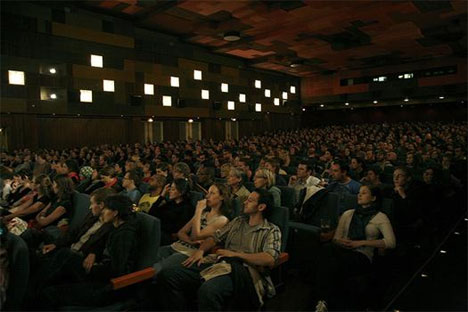 If this all seems a little nefarious, well…it is. The system will be a marketing tool that will help advertisers better target their ads based on the type of group you are in (with a family or friends or on your own), the amount of time you spend looking bored or watching something other than the screen, and when you’re shocked or amused. It will be accomplished with infra-red beams that illuminate the faces of everyone in the theater coupled with sophisticated facial recognition technology. The system isn’t in place yet, so if you want to take in a film without being an unwitting part of a market study you’d better get to a theater soon – Aralia has just earned a huge grant to develop the technology.

See more in Futuristic or under Technology. November, 2010.