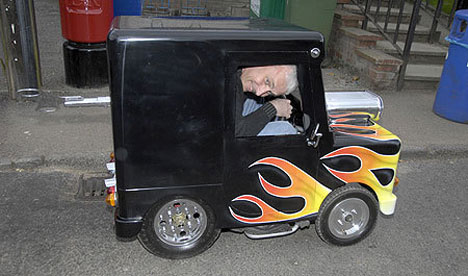 For every parent whose child has tried to get them into one of those coin-operated car rides in front of the supermarket, this mod is for you. Car enthusiast Perry Watkins took the child-sized fiberglass car from a Postman Pat supermarket kids’ ride and turned it into the world’s smallest car. 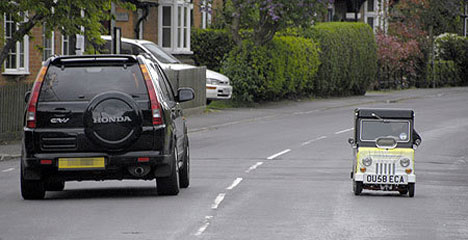 After acquiring the nonfunctional ride on eBay, Watkins removed the fiberglass Postman Pat and his cat from his seat inside the van. He took off the ride machinery and coin box, then reinforced the remaining shell with a steel frame. Finally, he affixed the body to a mini quad bike. The whole process took around seven months to complete. 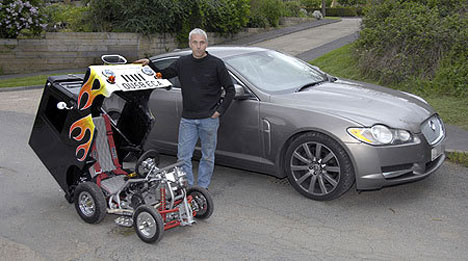 The resulting itty-bitty car is actually street legal, and it was certified by the World Records Academy as the world’s tiniest car. Watkins says that the reactions he gets while driving the car range from shock to amusement, which is understandable. It doesn’t seem possible that he can comfortably sit in the driver’s seat and see out of the front window. The car has a top speed of 40 MPH and sports a kick-ass flame paint job…as if it needed anything else to draw attention to it.

See more in Art Vehicles or under Transportation. August, 2010.