Lots of homes have security systems, but the need to protect our houses and belongings isn’t new. Burglar alarms have been used since humans first moved into caves, ranging from the extremely low-tech to today’s ultra-sophisticated systems. These three antique burglar alarms may not feature motion detecting cameras or heat-activated sensors, but they’re all ingenious in their own way. 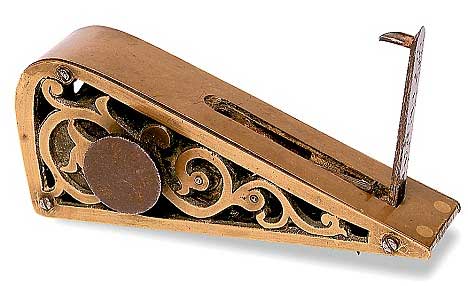 This alarm was made in the 1870s and, despite looking simple, was quite effective in announcing an intruder. After winding it up, the user would simply set the lever upright and place the small end of the wedge under the door. If the door were forced open, the level would be forced down, sounding a very loud alarm bell. 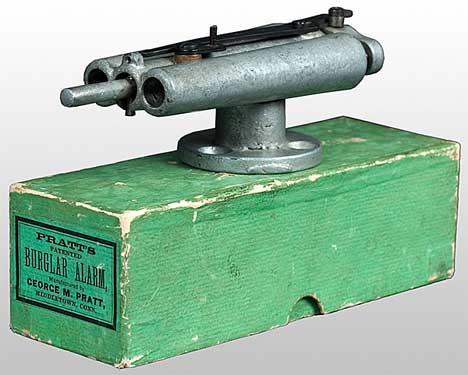 George Pratt’s “Patented Burglar Alarm and Animal Trap” was an 1880s device meant to scare the bejeezus out of anyone, human or animal, who attempted to enter a restricted area. The cap gun was attached to a trip wire, and when an intruder moved the wire the gun made a loud, scary sound, similar to a bullet being fired. 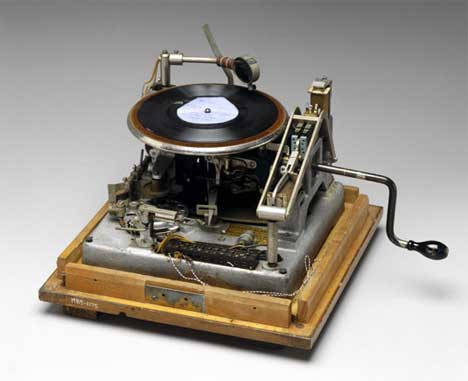 As far as burglar alarms go, this one from 1939 seems almost pleasant; it’s English, and comes with the typical English charm. When tripped, the gramophone dials a pre-set phone number and plays a pre-recorded message (presumably something very polite).

See more in History of Tech or under Vintage & Retro. February, 2010.