10,000+ Subscribers
Changing the Ocean’s Color Could Put an End to Hurricanes 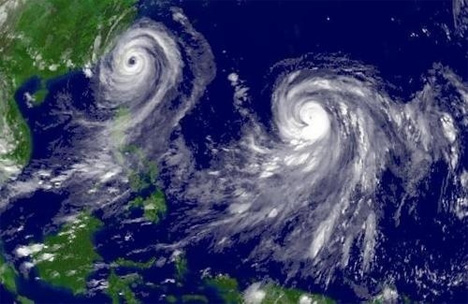 Look at any map or satellite image and you’ll see that the oceans are blue, right? The truth is that ocean water is actually greenish, thanks to plankton that produce chlorophyll in spades. But it turns out that mapmakers and schoolchildren who have a penchant for coloring oceans blue are on to something, according to scientists who have discovered that making the oceans blue could reduce typhoons and hurricanes by up to 70 percent. Of course, the decrease in hurricanes would precede the eventual end of all life as we know it, but at least we’d enjoy some nice beach weather first. 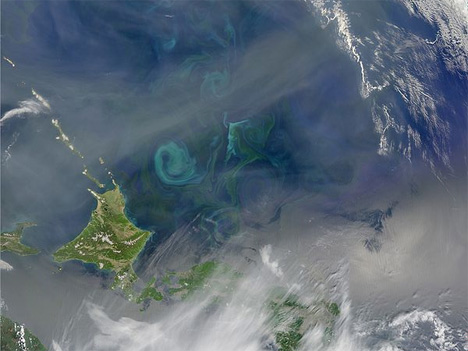 Turning ocean water truly blue would be as easy – and as ill-advised – as entirely removing all phytoplankton. Doing this would allow more sunlight to penetrate the ocean water, which could significantly impact the formation of hurricanes and typhoons. Sans plankton, the surface water would drop in temperature, giving potential storms less power to grow into destructive forces. The air just above the surface of the water would become drier and winds would become stronger, both of which would help to nip storms in the bud before they developed into huge hurricanes. 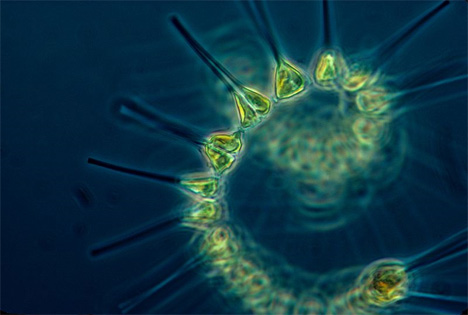 Clearly, wiping out the ocean’s phytoplankton population is a terrible idea that no scientist in the world would support. But world phytoplankton levels have been dropping already for the past century, a phenomenon that may have surprisingly positive effects. Anand Gnanadesikan of the National Oceanographic and Atmospheric Association ran a series of computer simulations with the phytoplankton population set to zero in parts of the Pacific. The change caused a slight surge in typhoons along the equator, but regions north of the equator experienced a decrease of a whopping 70%. Whether the decrease in major storms would actually be a benefit or an environmental disaster is hopefully something we’ll never have to face in real life, since the disappearance of phytoplankton would more or less spell the end of all ocean life.