10,000+ Subscribers
Changes to Come: 9 Past Predictions for Funky 70s Tech 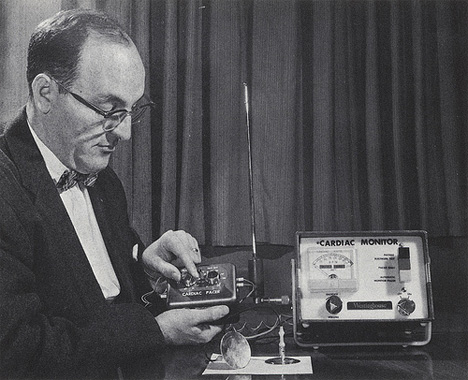 In 1962, the exciting world of the future was just within reach. We assumed that by 1975 the world would be a new and wonderful place full of all kinds of gadgets to make life easier and more interesting. These pictures are from a 1962 book called 1975: And the Changes to Come by Arnold B. Barach. They predict what the world of the future looked like from the early 60s – and many of them turned out to be surprisingly accurate, though they didn’t necessarily come about by 1975. Above, an early conception of the pacemaker that would later save countless lives.

The “future” of education in 1962 was in computerized learning. These youngsters are given multiple choice answers on their machines for every question in the lesson; a correct choice moves them on to the next part of the lesson while an incorrect button push will prompt a review of the material and another chance. At the end of the lesson, the student’s score is printed on a sheet of paper and handed to the teacher. 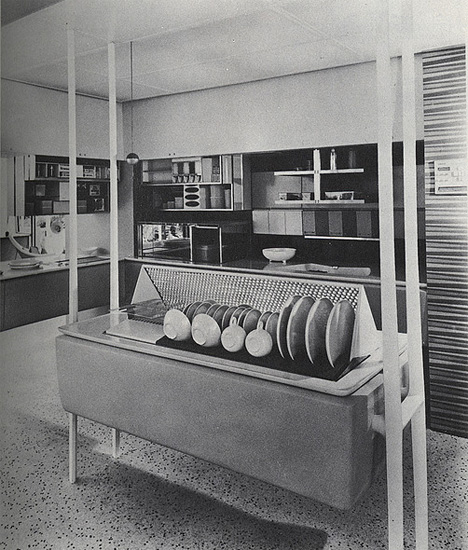 Home life was going to change dramatically, too. The kitchen of the future features an ultrasonic dishwasher that saves water and detergent by cleaning with sound waves. The super-high-tech fridge slides down into the floor when it’s not needed and back up when you need a nosh – all with the push of a button. 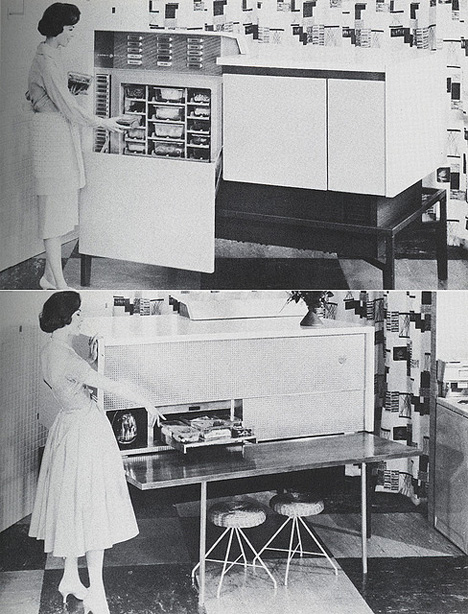 The incredibly sexist kitchen portion of the book tells in breathless excitement how this hulking gadget will be a “housewife saver” in the 1970s kitchen. (Apparently those futurists couldn’t predict women’s liberation.) This automatic meal maker takes pre-prepared individual portions of meals (prepared and frozen, of course, by the wife of the house) and cooks them perfectly with – you guessed it – the push of a button. 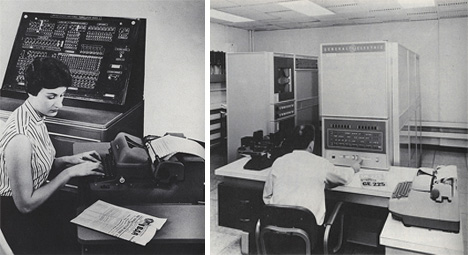 These office gadgets did eventually become reality, though not as soon as the people of 1962 expected. On the left, an automatic translating machine takes the text from a Russian newspaper (transcribed by a receptionist) and translates it into numerous other languages. On the right, a huge computer acts as a vast repository of printed material. Today, of course, every schoolchild has access to technology far more sophisticated than the futurists of 1962 could have imagined.

Among the predictions that were surprisingly spot-on were the TVs of the future. On the left is a screen meant for “housewives” who wanted to keep an eye on their children, see who was knocking at the front door or even watch a “favorite color television program.” On the right, a device meant for the “traveling salesman:” a portable screen that would be capable of showing presentations to clients in living color. 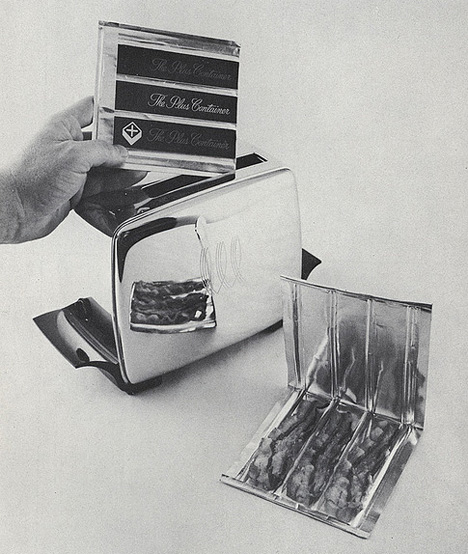 (all images via: Derrick Bostrom)

Sadly, the one invention we would have sorely liked to see come true never really took off: toaster bacon. It’s regular bacon, but it’s cooked in a toaster-proof foil pouch. Never mind that it’s a terrible idea and a horribly dangerous fire hazard. It’s bacon…from the toaster. We’ll never be satisfied with that microwaveable or pre-cooked bacon again.

See more in Retrofuturistic or under Vintage & Retro. November, 2010.