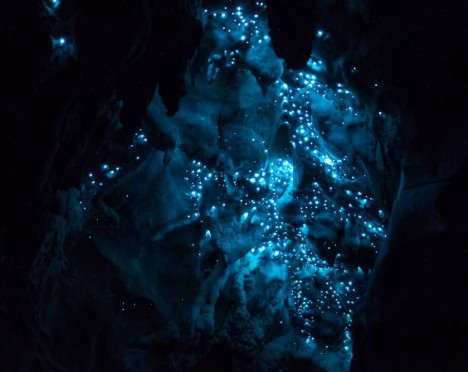 Sounding more like a science fictional creature than a real-life animal, these amazing critters imitate the stars in the sky in order to catch meals.

Disorienting through astronomical imitation, these predators have evolved to use nighttime navigational strategies of other species to their advantage. Many animals, like moths, use starlight and moonlight to find their way and fly straight. 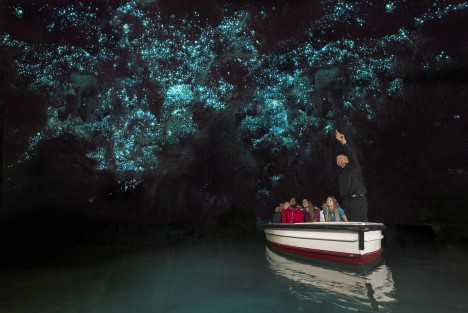 “That works fine when the moon and stars are real,” said Dave Merritt, a biologist at the University of Queensland in Brisbane, Australia, “but when the source is close they end up spiraling into it.'” Many of these worms are found in caves where other species would only go by accident.

Decoys are common among deep-sea fish, where any light might indicate direction, but less common on the surface where so many competing sources of illumination are present.

In this case, “with their glowing lures in place, the worms drop threadlike snares, thin filaments of silk secreted from their mouths and dotted with balls of mucous, to trap confused flyers. Besides being extra-sticky, those mucous balls lend the strands the appearance of mardi gras beads, which magnify the worms’ spectral light like chandeliers.