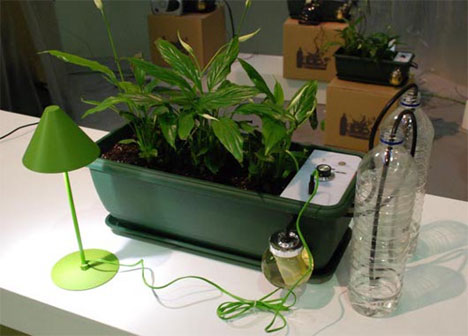 Most of us realize on some abstract level that our energy consumption has an effect on the environment. But it’s hard to connect the two in any tangible way. Natural Fuse is a network of plants and circuit breakers that help to display in a very real, very noticeable way just how much impact our gadgets have on the world and everyone in it. It’s rolling out in select cities, and with any luck this experiment will make its way into even more homes in the future. 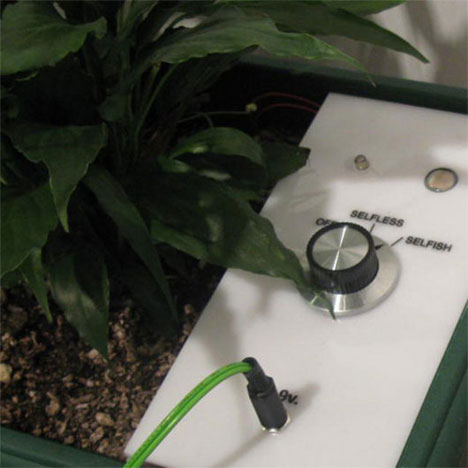 Created by London design studio Haque Design, the Natural Fuse system connects a city full of people via plants that act as circuit breakers. Every participant has a plant in a pot and a power socket. The unit doesn’t provide much power; only the amount equal to the amount of carbon offset by the plant. But a single plant would be far too weak to provide enough power for even one light bulb, so the system relies on the carbon offset from the entire network. The plants in the network are all connected via the internet, letting every unit communicate with all of the others to determine how much power is available. 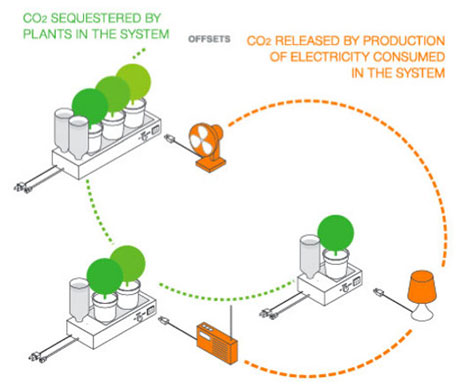 Each participant decides if they want to be selfish or selfless in their energy consumption. She turns a switch that determines whether her outlet should take as much power as it needs from the network or use only the amount that can be readily offset. This all sounds like an interesting social experiment, but there’s a more sinister side: if the network is too greedy, random plants will be killed with doses of vinegar. They are watered automatically as long as there is enough offset energy on the network. When a user over-consumes, another random user’s plant is killed and an email notification is sent to both. Natural Fuse is a fascinating tangible example of how we all depend on one another to be responsible, and how we depend on nature just as much as nature depends on us.