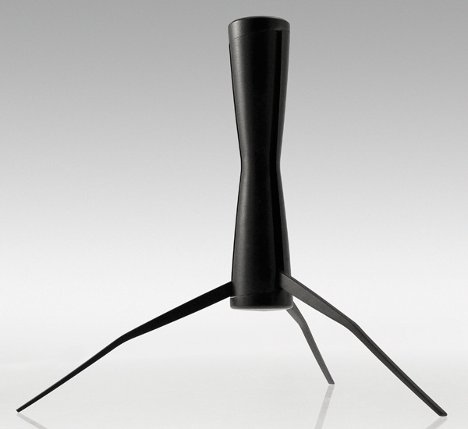 Believe it or not, this bizarre-looking gadget from designer Nikolaus Frank could be the future of mobile devices. It’s called the Spider Computer, and it’s a combination projector, computer with laser keyboard and mobile phone – all in a package about the size of a flashlight. 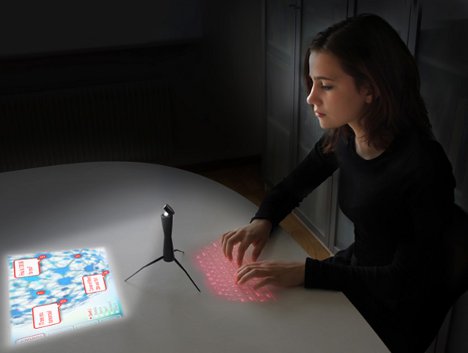 When its three legs are folded out and the top of the device opened, it projects its display onto a wall or table. A laser keyboard can also be projected onto a table, letting users work or play wherever they happen to be. Plus it is sort of reminiscent of the spider robots from Minority Report, which would make the Spider a great way to freak out table-neighbors in coffee shops. 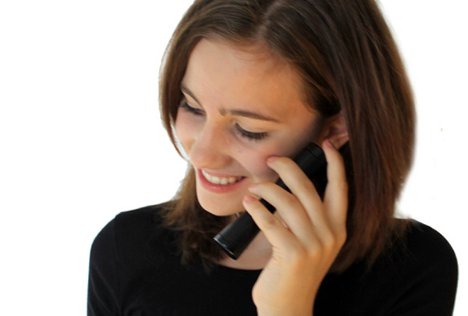 With its legs folded up and the top closed, the tubular device becomes a somewhat uncomfortable-looking mobile phone. It’s hard to imagine holding this device to your ear for any length of time, but its size makes it super-handy for carrying in a pocket or purse.

See more in Computers or under Gadgets. March, 2012.