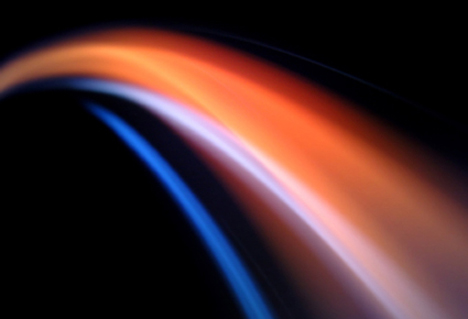 Ever since Wi-Fi became commonplace, so have security problems with its radio transmission. Besides that, its effectiveness depends largely on environmental factors beyond the user’s control, the radio waves necessary for Wi-Fi can’t be used in airports and hospitals, and there are limitations on Wi-Fi speed. But even with all of its faults, we keep using Wi-Fi because it really is convenient and much more versatile than the alternative. But what if there were an easier way to beam information around your house or office that didn’t pick up disturbances from magnetic waves and didn’t expose your wireless signal for every Joe Blow walking past? Wireless optics have been under research for a good 30-plus years – even before fiber optics were introduced – but until now, it hasn’t been the ideal technology for data access. 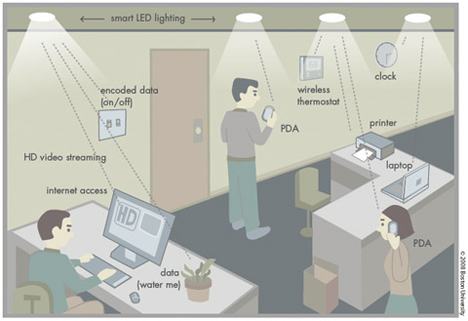 But the brilliant researchers at Penn State are changing that with their work in wireless optics. Unlike other iterations of the technology, their version doesn’t require direct line-of-site (like pointing the remote at the TV); rather, the info converted into light would bounce off of walls to reach its destination – unless the walls are painted black, that is. That’s all well and good for one-room transmission, but what about the whole house or office building? The team says that converters could easily be placed to transmit the signal from room to room or even floor to floor. Although some refinement is needed for the optical data transmission technology before it’s commercially available, in theory it would provide a much more secure network while still allowing for flexibility. And get this: they’ve already managed to transmit up to 1 Gb/second. A similar project from Boston University’s College of Engineering, pictured above, focused on using LED bulbs for optical data transmission.