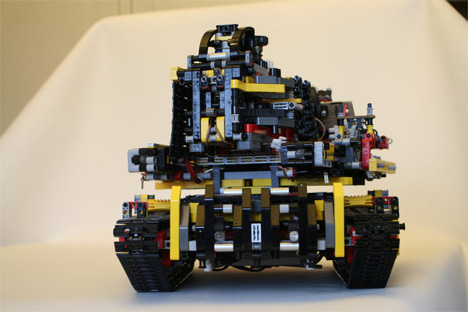 If there is one thing all Lego enthusiasts have done at one time or another, it is building a weapon out of Lego bricks. Whether it was a primitive blocky thing or an overly elaborate piece of art, we just can’t help ourselves. Martijn Hellemans put most other Lego lovers to shame when he put together this fully-functional Lego Mindstorms battle tank. 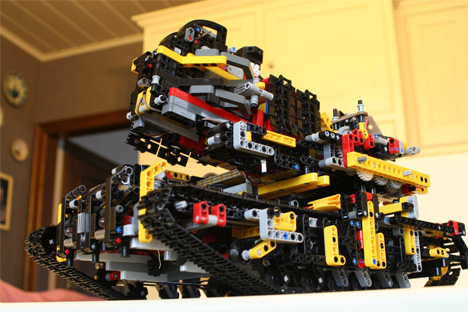 There aren’t many details about the build, but the creator does say that it features real working tracks, a rotating turret and – perhaps the coolest part – an “elevating high velocity brick cannon.” In other words, this thing drives around and shoots bricks at anything in its way. The man behind the greatest Lego tank ever says that video of the beast in action will be available soon – we can hardly wait!