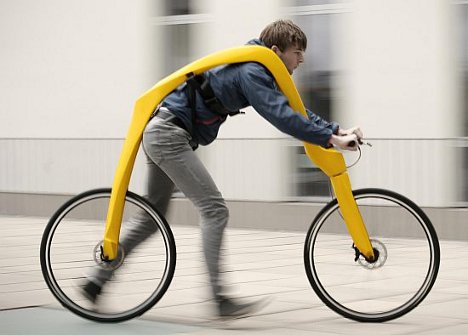 Bikes are built the way they are for a good reason: that’s the best design for them. That’s how they work best. But every once in a while, someone comes along and tries to change that time-tested design with some kind of wacky reinvention. The pedal-less Fliz Bike sort of turns the concept of a bike upside down in a way, doing away with the seat and pedals in favor of a harness and your own feet.

The Fliz sort of combines riding a bike with walking/jogging, more or less giving you wheels in addition to your legs. In order to use the wheels, you’ve got to get a running start and then sort of coast until you need to build up speed again. This would work reasonably well on level city streets, but forget about going up even the gentlest of hills. 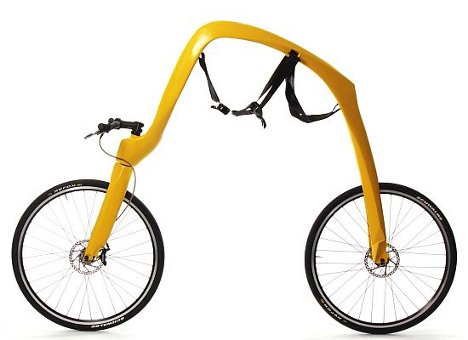 The bike would definitely allow for a greater amount of physical effort, making it great for someone who needs the extra exercise, but as a serious commuting bike it seems pretty ludicrous. First off, getting into a crash on it would be deadly since you’re attached via a five-point harness. But more importantly, judging from the video, it looks like any bit of relief your bum may get from the absence of a seat is mitigated by the unrelenting and crazily painful pressure on your crotch.

See more in Bikes & Cycles or under Transportation. August, 2012.