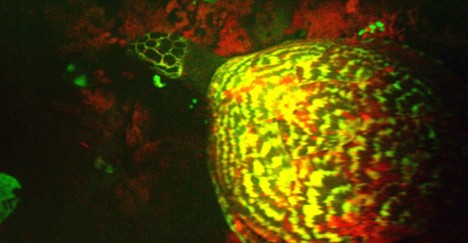 Scientists have discovered the first example of a bio-illuminated reptile in the form of a fluorescent turtle, found while filming surrounding sea life in the Solomon Islands.

This critically endangered hawksbill sea turtle had been previously documented but never exhibiting illuminating behavior like this variety. 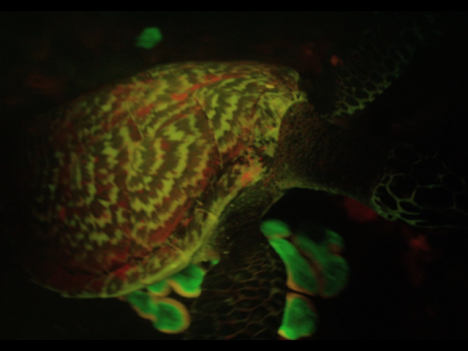 Marine biologist David Gruber of City University of New York found it swimming amongst sea life while taping coral and fish. Unlike bioluminescent organism, the turtle does not generate its own light but reflects blue lights as other colors. 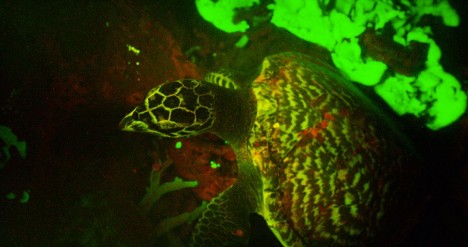 From Colossal: “Many undersea creatures like coral, sharks, and some shrimp have shown the ability to show single green, red, or orange colors under the right lighting conditions, but according to National Geographic, no organisms have shown the ability to emit two distinct colors like the hawksbill. As seen in the video, the coloring appears not only in mottled patterns on the turtle’s shell, but even extends within the cracks of its head and feet. Gruber mentions this could be a mixture of both glowing red glowing algae attached to the turtle, but the yellow fluorescence is undoubtedly part of the animal.”