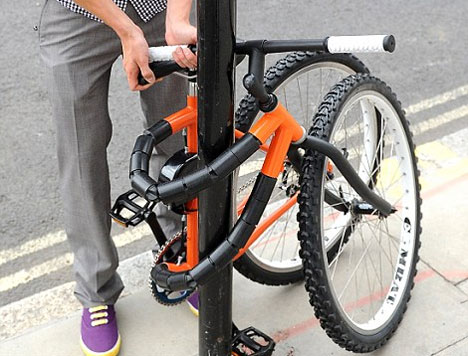 Bike thieves are wily, resourceful characters who will do just about anything to get their hands on your precious two-wheeled transportation. Until now, getting a better lock was just about all you could do about it. But a brilliant young designer has a slightly more elegant (if puzzling) solution: a bike that bends around lamp posts to deter thievery. 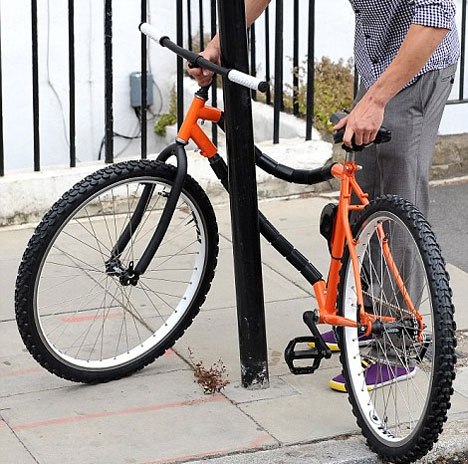 The bike’s design is meant to allow a lock to be threaded through the frame and both wheels, making it far more difficult to walk off with the cycle – and easier to park it within sight rather than hunting for a bike rack. But we suspect the real deterrent might be the fact that thieves wouldn’t have a clue how to drive the bent bike. 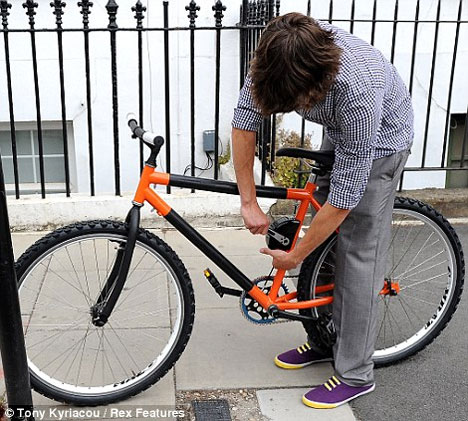 The secret lies in a ratchet system that lets the bike frame go from rigid to bendy and back again. Twenty-one-year-old designer Kevin Scott says that part of the appeal of the bike’s design is that it can be stored in small spaces. He’s just looking for an investor now to make his idea into a marketable product.

See more in Bikes & Cycles or under Transportation. July, 2010.