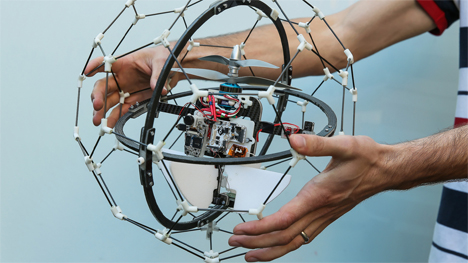 Drones are the future of so many important parts of our lives – from space exploration to reconnaissance to search and rescue missions. So far, most drones have been made in basically the same configuration: rotor(s) on top, body on bottom, the whole apparatus vulnerable to outside forces. Even the sturdy ones are prone to breaking when they crash, and when a drone costs hundreds or thousands of dollars it can be nerve wracking to fly one around. 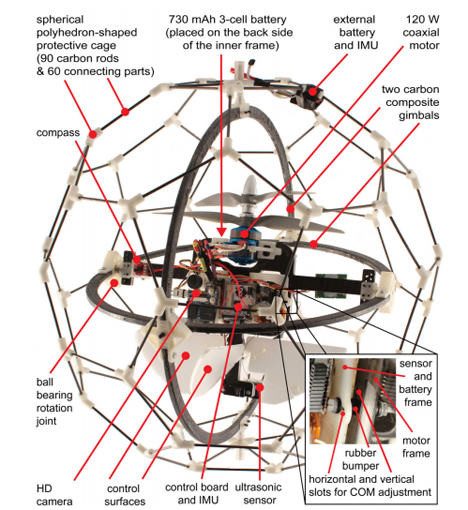 The GimBall is a drone that won’t break when it crashes – in fact, it’s designed to bump into stuff and just keep on going like nothing happened. Swiss startup Flyability took their inspiration from nature’s own drones: flying insects. Their ability to collide with things and continue flying was translated into a drone that sports a handy rotating outer cage to protect its inner workings.

The interior mechanical parts always remain stable and upright no matter what position the drone is in. As the GimBall buzzes around and smacks into trees or walls, its working parts are protected. The drone stays aloft and on course, even if the course is full of obstacles. The innovative design will allow the GimBall to travel in cramped and dangerous places without the danger of running into something and going to pieces. 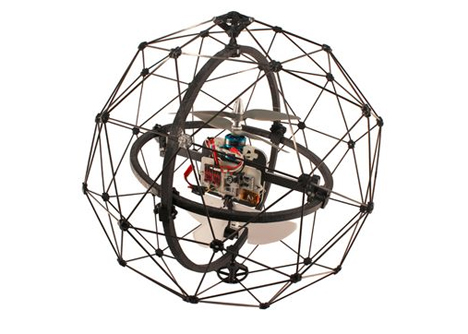 The lightweight carbon fiber body can even be somewhat guided on its mission by bumping into obstacles and taking its directional cues from those collisions. Because the inner workings don’t require complex navigational or obstacle avoidance systems, the drone is light and nimble (but adorably clumsy) like a bumblebee. The inventors hope that their concept can be used to send search and rescue drones to places where no other drone can safely travel.

See more in Robotics or under Technology. February, 2015.