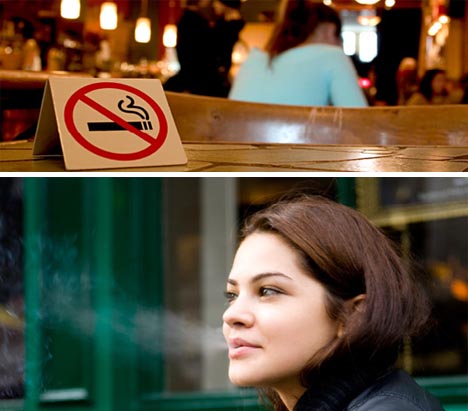 Smoking bans around the country have spurred on the sudden growth of the electronic cigarette industry – a tar-free, smokeless alternative to traditional puffing. One such company sent in free samples (no, silly, not for Delana – she does not smoke!) and they are a truly fascinating invention from the first drag to the last lingering cloud of fake smoke.

Electronic Cigarettes Inc. producesÂ e cigarette varieties on the front lines of this strange new movement with rechargeable, portable and long-lasting devices that mimic the look of cigarettes and feel of smoking … but deliver a nicotine vapor instead. While it might not be as healthy as a tofu diet and ten-mile daily run this is certainly way better than regularly ingesting the typical carcinogens found in normal smokes. And the experience? Certainly worlds closer to actual smoking than lozenges, mints, gum, patches or other nicotine supplements and delivery systems. Any smoker (like myself) knows that the puffing is a key part of the habit – and perhaps the hardest part to break. 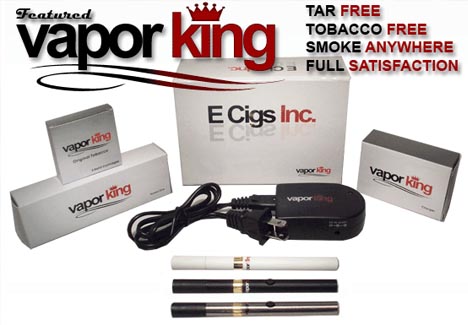 They sent over two products in particular – theirÂ Duo Pro andÂ Vapor King alternatives. The former looks pretty much just like a regular cigarette, but the glowing ember at the end is not on fire … and the smoke you blow out is not really smoke at all. The Vapor King has a sleek and shiny silver variant as well as the option of a manual push-button activation versus a simple drag-and-draw model. While the Duo Pro has pre-loaded one-time-use cartridges the Vapor King has refillable ones. Various flavors are available as well as different nicotine strengths – you can even get the glowing tip in different colors. So for fellow smokers, well, there is good news and bad news: the good news is there is an easier way to quit the old cancer sticks – the bad news is you have one less excuse for stopping smoking.