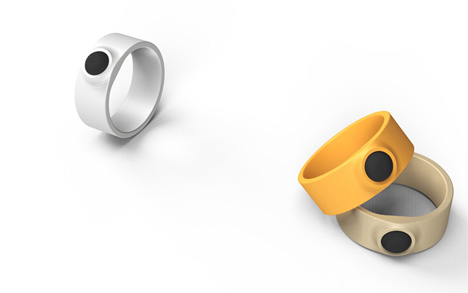 As much as we all love our touch screen phones, having to remove gloves or keep fingernails short just to be able to use them is an annoyance. Inventor Park Hyun Jin is coming to the rescue with the Finger Stylus, a simple little ring with a bump on it that will let us all use our capacitive touchscreen gadgets much more easily. 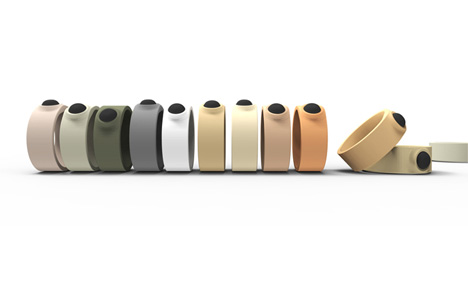 It is kind of a wonder something like this hasn’t been invented before. Its simple design involves little more than a flexible ring that fits around a thumb and a small protruding piece that looks to be made of silicon or rubber. The bump activates the capacitive touchscreen just like a finger would, but without the need to take off your gloves or cut your fingernails. Both of these things make it extraordinarily difficult to use a touchscreen normally. 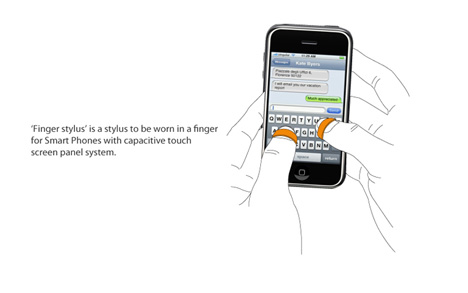 According to the inventor, the Finger Stylus would not only make it easier to use touch screen devices; it would improve accuracy as well. If you find yourself constantly fat-fingering your text messages or missing the mark on Angry Birds because of long nails, start sending good vibes in the direction of Park Hyun Jin in the hopes that the Finger Stylus some day becomes a real, purchasable item.

See more in Unbuilt Concepts or under Technology. August, 2011.