10,000+ Subscribers
Bang Bang Bizarre: 2 Odd Multi-Barreled Guns of the Past 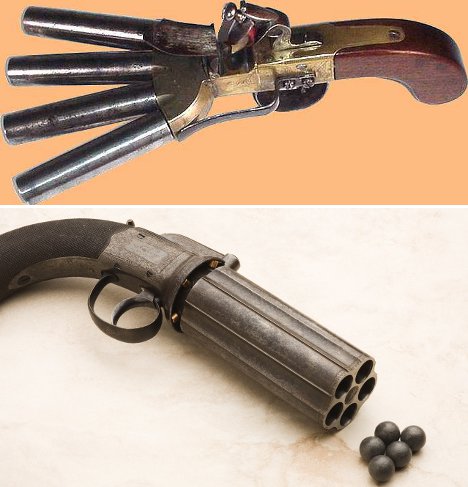 The handgun has been used for hundreds of years as an effective and easily carried weapon, but the form factor that we are familiar with today has not always been so concrete. In the early days of handguns, manufacturers experimented with multiple barrels as a way to fire multiple rounds before reloading. This resulted in some truly bizarre looking firearms. 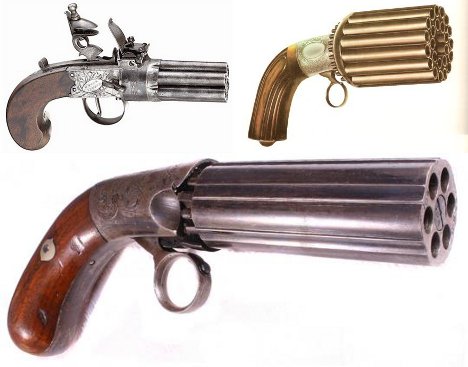 Pepperbox pistols were first used in the 1500s. The unusual gun features multiple rotating barrels numbering between four and 24. Although they were sometimes made of one continuous piece, the barrels were often all made of separate pieces and individually removable for easy maintenance. The earliest models of this type of gun did not rotate automatically after each shot; the barrel assembly had to be rotated by hand to move the next pre-loaded barrel into position. The pepperbox pistol was the predecessor to today’s revolver, only instead of a moving cylinder these weird pistols used rotating barrels to shoot one bullet at a time. 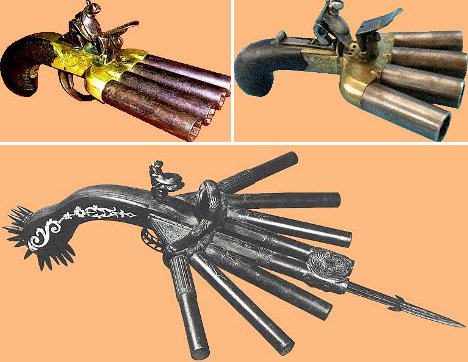 Duckfoot pistols are even more bizarre looking, featuring multiple barrels designed to shoot all at the same time. The spread-out barrels are meant to strike multiple targets or adversaries at once. They were often used in situations where one person might be up against several enemies simultaneously, such as in the case of prison guards or sailors. Despite looking totally awesome, the duckfoot pistol and pepperbox pistol both faded into obscurity around the time more sophisticated handguns were invented.

See more in Antique Gadgets or under Vintage & Retro. September, 2012.