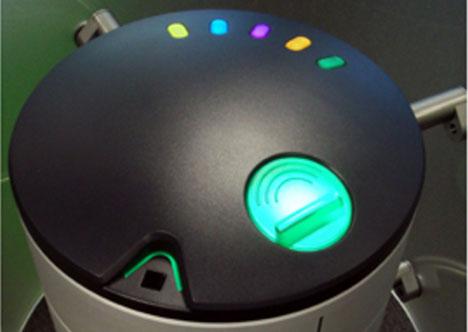 In developing nations, getting access to quick cash is not nearly as simple as it is in the first world. Rather than a quick run to the ATM, grabbing some money might involve a visit to a local loan shark. Not only is the concept of banking itself somewhat foreign, but the majority of the population is semi-literate or completely illiterate. This ATM concept from cash register company NRC Corp. would make it simple for illiterate people to access their savings since there is no need to read in order to operate it. 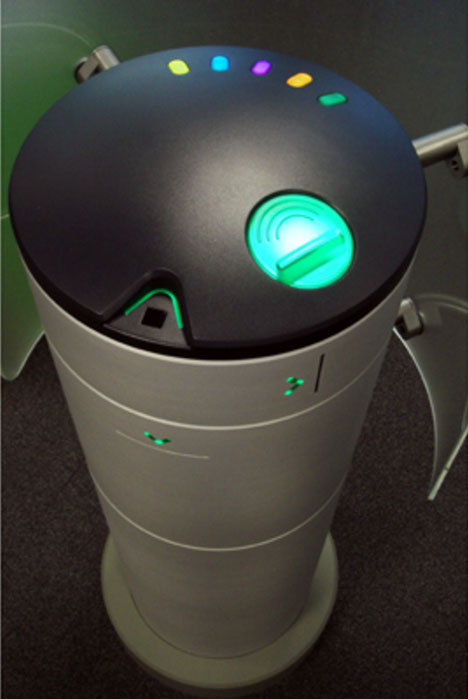 The ATM’s design is meant to make banking easy in areas of the world where banking is not a daily activity. When customers set up new accounts they are fingerprinted, so in order to access their cash they only have to press a thumb onto a fingerprint reader and press a color-coded button corresponding to the amount of money desired. The ATM itself is cylindrical in shape to make it more difficult to break into with a crowbar. If it is ever breached, the entire machine collapses into itself. 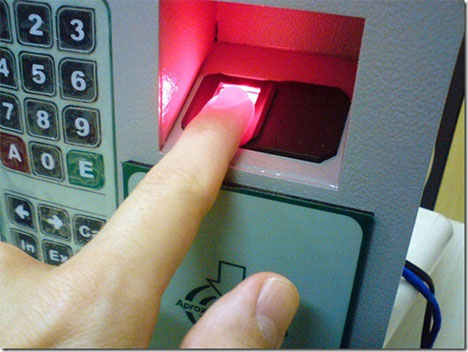 But the real obstacle that has to be overcome in third-world banking is finding customers. Will people without access to education really have an interest in banking? NCR is setting up tests for the unusual ATMs in the U.S. currently, and later will conduct tests in target markets like India and China.

See more in Unbuilt Concepts or under Technology. August, 2011.