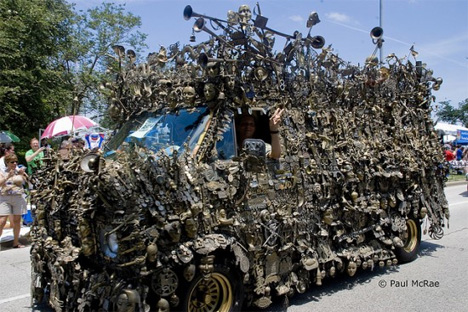 This insane art car is probably the heaviest passenger van to hit the streets – and it’s a safe bet that it’s worth more than just about any other 1975 GMC van in existence today. The Brass Van is covered in about 5,000 pieces of brass decoration on every inch of its exterior surface. 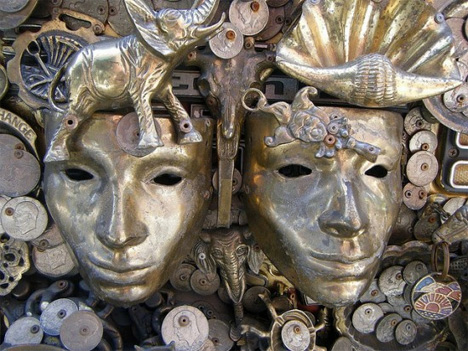 The van was created by vacuum cleaner repairman Ernie Steingold starting in the early 1980s. After placing three small brass elephants on the hood as ornaments, Steingold decided to keep up the theme by covering the van in about $15,000 worth of brass coins. From there, the project grew and grew until the van was totally covered. 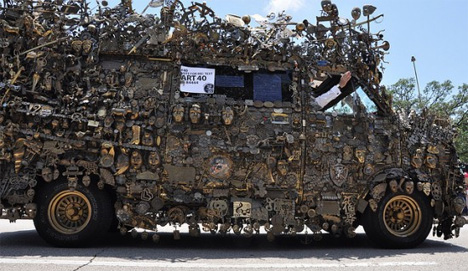 After Steingold’s death, his godson Hunter Mann inherited ownership of the van. He says it weighs an incredible 10,000 pounds and was appraised at $350,000. Because of its massive weight, the van’s tires need to be replaced every 4000 miles. Mann says he gets pulled over by the police every few days when driving the van, but mostly they’re just curious and want to ask him about the unique rolling work of art he’s driving.

See more in Art Vehicles or under Transportation. March, 2011.