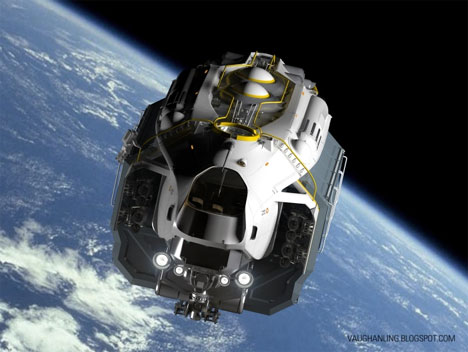 Ever since we began sending satellites, shuttles and science stations into space, we’ve been leaving bits and pieces of our Earthly technology out there in orbit. As more and more space missions have launched, and as satellites have been decommissioned but not brought back to the planet, a continually growing amount of junk has accumulated and it’s starting to make Earth’s orbit a dangerous place to be. 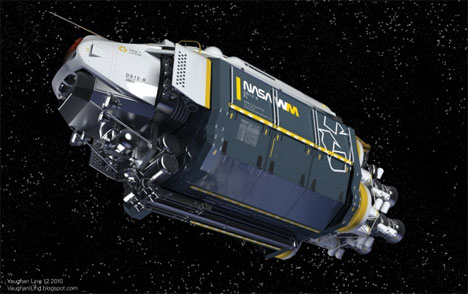 A transportation design student named Vaughan Ling has come up with an idea to clean up all of that space junk that is cluttering up the space around our little planet. The project is purely an exercise in concept art, but there is no denying that there is a tangible need for a machine like this. 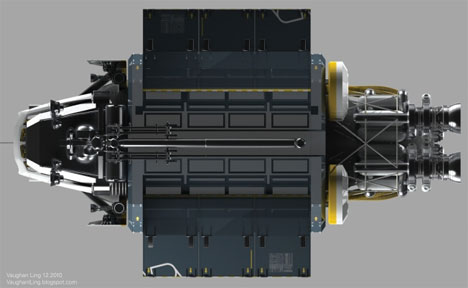 Ling’s concept would put this huge space debris collector in low orbit around Earth. It would not only clean up the dangerous space junk, but also act as a recycling station for those valuable materials used in space launches. Ling thinks that space junk recycling could eventually become a lucrative business for those who are able to afford buying and manning a space debris collector. 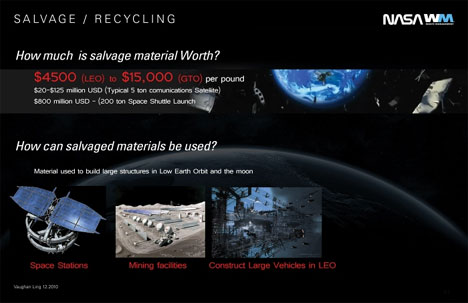 The recycled materials could even be used to build new structures right there in low earth orbit, dramatically reducing the cost of building and putting to work the space structures we need now and in the future. In this concept, the space trash truck would run on nuclear power and efficient VASIMR rockets.

See more in Unbuilt Concepts or under Technology. March, 2011.