10,000+ Subscribers
An Epic History of Every Video Game Console Ever Made 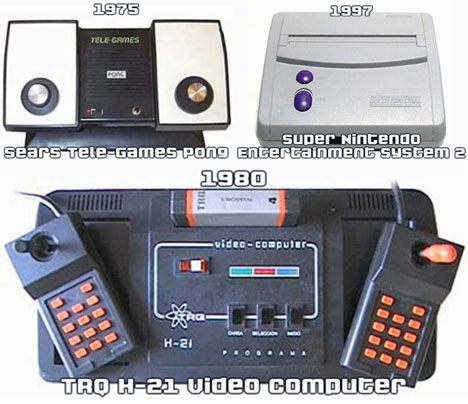 There is really only one word to describe this 23-minute video filled with just about every video game console ever made: epic. From the early Pong consoles to the latest and most advanced gaming machines, this unbelievably awesome video has almost every one ever – including some that even hard-core gamers won’t recognize.

The Insane Console History Video 2.0 from Elder-Geek on Vimeo.

If you managed to make it through the whole thing, how many consoles did you recognize? How many have you never even heard of? This spectacular round-up was put together by Eliot Hagen of Elder-Geek, and it’s actually an update of a similar video Hagen made in 2009. Overall, more than 450 consoles and other machines are featured in this incredible video.

See more in History of Tech or under Vintage & Retro. August, 2010.