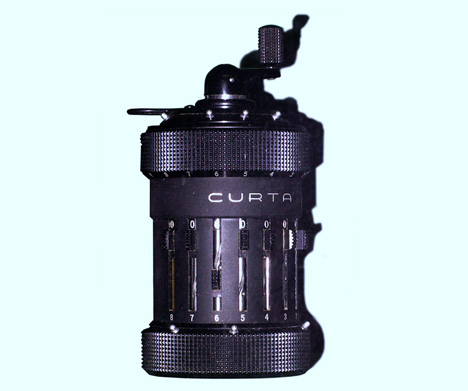 Today, when we need to do a bit of math that we can’t do mentally, most of us pull out our mobile phones and open up the calculator app. Before that, pocket calculators (or wristwatch calculators) were popular with the mathematically challenged. But what – besides a pen and paper – did people use before digital calculators? They used something like the Curta. Before electronic calculators, the Curta was considered the best in portable calculators. 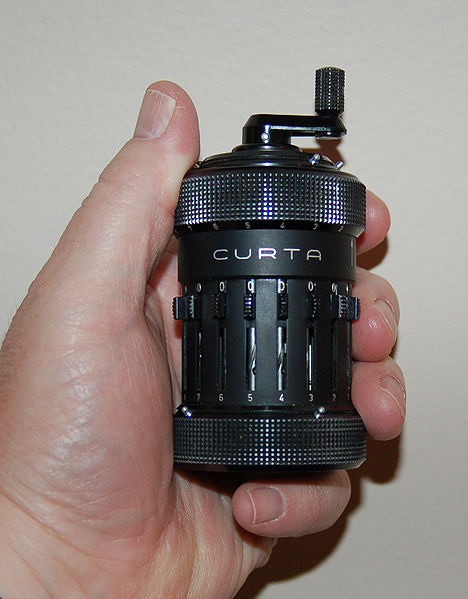 The Curta is a mechanical calculator with a rather unusual (and kind of creepy) history. It was developed by a man named Curt Herzstark during the turbulent times of WWII. Herzstark  began his work on a hand-held calculating machine in the 1930s, but his work was interrupted in 1938 when Nazis took control of the factory in which he worked. The half-Jewish inventor was later taken to a concentration camp, where he surprisingly was allowed to continue his work on the project. The guard in charge of his work department planned to let Herzstark build his device and intended to present it to Hitler after the Germans won the war. 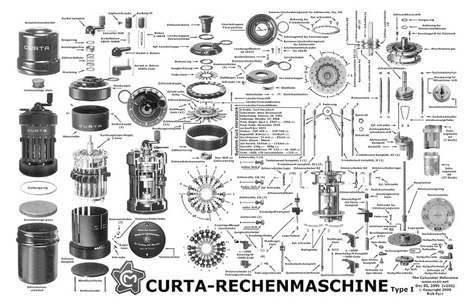 Obviously, Hitler never got that gift. But Herzstark continued his work on his hand-held calculator. He faced unscrupulous business partners and an unstable world economy, but thanks to the timely filing of key patents he eventually completed and sold his incredible device. He would die before seeing just how popular they became – first as practical everyday instruments, and then as beloved collectors’ items.

The hand-held cylinder features digit “slides” all around its body and a crank on the top. Simple calculations are performed by entering the numbers, then turning the crank in the appropriate way. More complex calculations like multiplication and division are performed by a precise series of pushing, pulling, and turning the crank. The Type I Curta weighs a mere 8 ounces and features an 11-digit result counter. The later Type II Curta weighs about 13 ounces and features a 15-digit result counter. 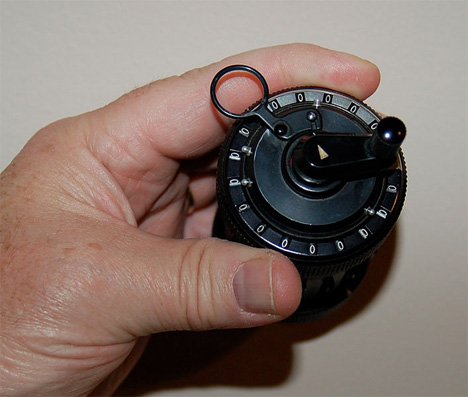 The last Curta was manufactured in 1972 after approximately 140,000 units were made. In the 1960s and 1970s they were a popular way for rally car drivers to keep track of their times and distances. Today, they are a widely coveted collector’s item, particularly because of their intricate mechanisms and superb craftsmanship.

See more in Antique Gadgets or under Vintage & Retro. September, 2013.