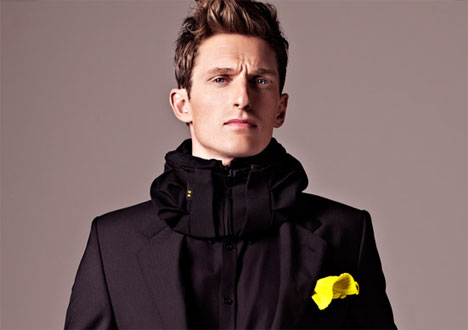 It is an exciting time to live in for fans of Neal Stephenson’s iconic sci-fi novel Snow Crash. The inflatable safety collar described in the book is now a reality, brought to life by two Swedish designers. Hövding is a bicycle helmet that stays out of view until you get into a crash or lose control of your bike, at which point it inflates and pops up to protect your precious noggin. 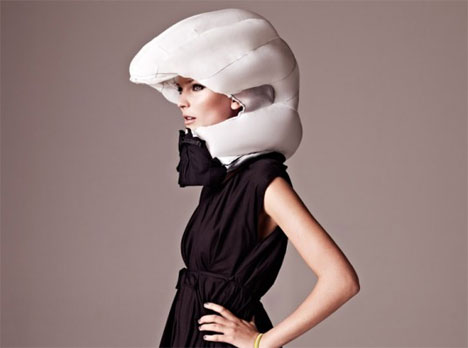 The helmet was designed by Anna Haupt and Terese Alstin as a thesis project at university. When not deployed, the Hövding looks, at worst, like a slightly-odd but still fashionable collar. The collar’s cover can be removed, washed and switched out for other colors, letting appearance-conscious cyclists match their protective gear to that day’s outfit.

The lack of aesthetically pleasing bike helmets is one of the top reasons cited by people who ride without helmets. Other reasons, like helmets ruining hairstyles and being a pain to carry around everywhere, are also addressed by this rather unusual helmet. According to Haupt and Alstin, their design is meant to protect the heads of those who would ordinarily shun a bicycle helmet altogether. 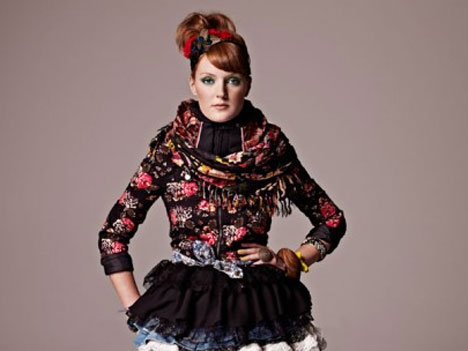 It may not be as all-around protective as a traditional helmet, but product tests have shown that the Hövding responds well to atypical movement from the cyclist. The sensors that cause the helmet to inflate and pop up over the cyclist’s head are sensitive enough to detect when a rider is falling over the handlebars, but not so sensitive that they’ll cause an embarrassing inflation when bending over or turning around to look over one’s shoulder.

See more in Bikes & Cycles or under Transportation. November, 2010.