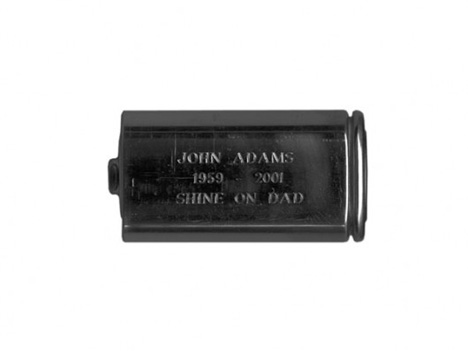 The existence of an afterlife has been proposed, contemplated, questioned and debated since time immemorial. But no matter what each of us thinks or believes individually, the reality of life after death has never been proven or disproved. British designers James Auger and Jimmy Loizeau have come up with a semi-morbid, semi-ingenious project to guarantee that one can go on living (in a way) after death: Afterlife.

Afterlife is a system that involves turning a deceased human body back into its core chemical energy. The decedent is placed into the special Afterlife coffin which features small drains in the bottom. The drains lead to microbial fuel cells beneath the coffin: the accumulation point for the human body’s chemical energy. 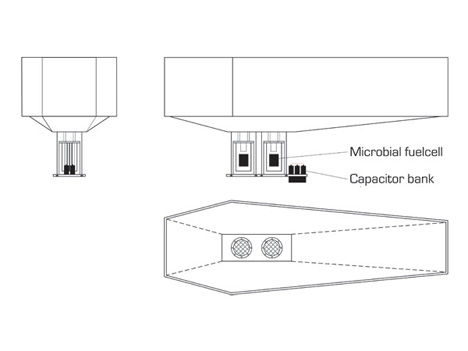 Once the body is turned into energy, the energy is packaged into batteries engraved with the dearly departed’s name. Family members are then free to use the batteries for whatever they deem appropriate – or whatever the deceased asked for in his or her will. Think of it as a last hurrah for those who have died, or a way to release the stored energy of the dead back into the universe. 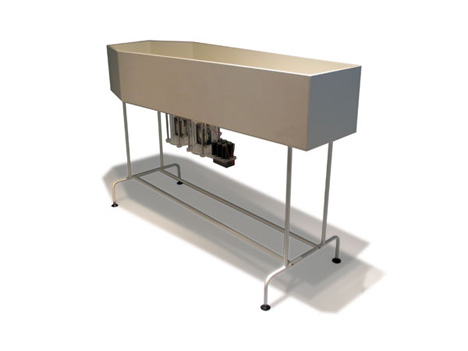 Part of Auger and Loizeau’s project involved asking a handful of people what should be done with their own Afterlife batteries or those of their loved ones. Some of the answers were truly beautiful, such as using them to power a model airplane – and some were a bit predictable, like using the batteries in adult toys. The entire project is conceptual, of course, but it encourages us to think about the big question behind the idea: if we could provide some type of energy to the world after our deaths, what would we choose to spend that energy on?