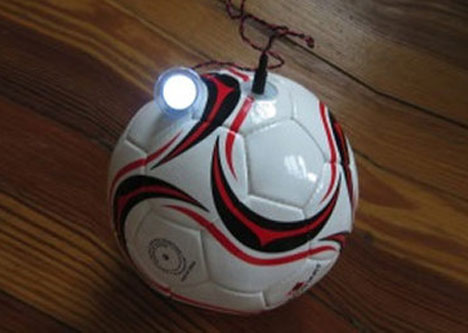 Kerosene lamps are used for lighting millions of homes in developing nations, but kerosene is expensive and dangerous. Without an integrated electricity grid, the options for lighting and other power needs are very limited. That’s why a group of Harvard students developed the Soccket, a soccer ball that leads a double life. 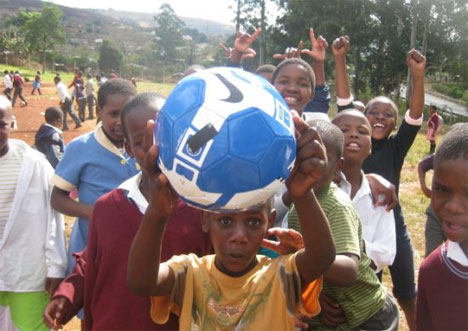 By day, it’s a toy for village children to play with. At just four ounces heavier than a regulation ball, it feels very similar to playing with any other ball. But there’s an important difference: the energy that kids put into their game is stored as electricity in the ball.

When the game is over, each child brings his ball home. By night, an LED light can be plugged into the ball to safely illuminate the home. The Soccket can also be used to charge a cell phone, something that’s usually difficult and costly and involves finding a pay-per-minute charging station in town. 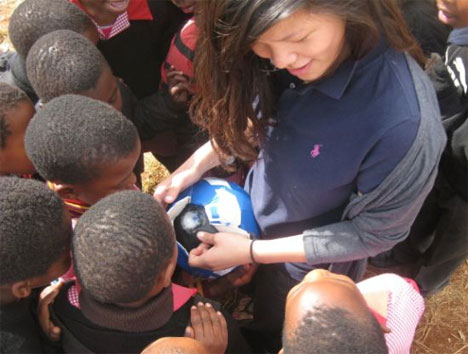 Just 15 minutes of play can provide three hours of LED-powered light. The students who developed the amazing ball are working on making it more lightweight so that it weighs no more than a regular soccer ball. 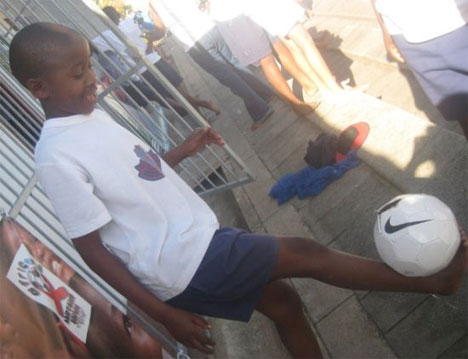 Beta testing is still underway in Africa, where the team is improving the Soccket for the 95% of Africans who live without access to grid electricity. Combining playtime with energy generation is a brilliant idea that stands to change the lives of millions of people in Africa and beyond.