10,000+ Subscribers
A Handy Thought: Will Gadgets Become Part of Our Bodies? 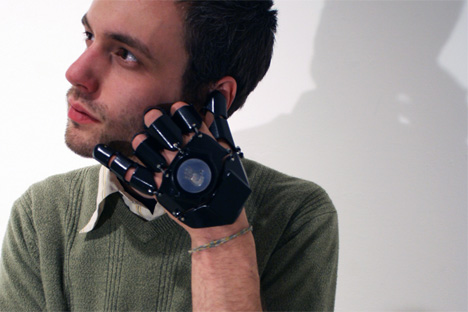 If you could make your cell phone a permanent part of your body, would you? What if it meant giving up one of your natural limbs? Designer Bryan Cera created just such a phone: the Glove One. Fortunately, it does not require a permanent sacrifice of the hand, but it does make using that hand for anything but phone calls rather impossible. 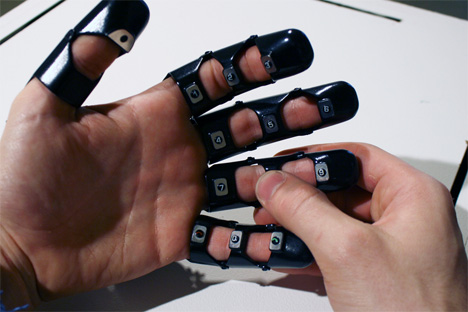 Cera figured that most of us have at least one hand on our cell phones for such a large amount of time each day that they become almost like appendages in their own right. According to him, the functionality of our devices becomes dependent on the dysfunctionality of the user as we develop a stronger reliance on those devices.

Although it wasn’t meant to be a real, marketed cell phone, the Glove One does really work. In the video above, Cera uses it to call his personal phone. Even though the Glove One was meant as a commentary on our addiction to our phones, it isn’t hard to imagine this becoming a real product within the next decade or so…which is a rather sad reflection of just how much we are willing to give up in favor of the next gadget trend.