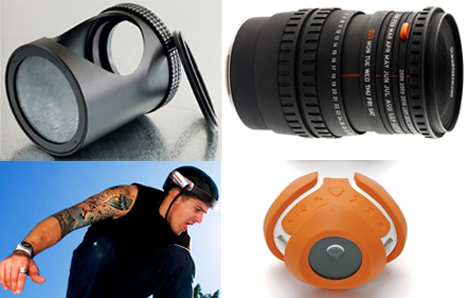 Photography enthusiasts are known for their piles and piles of gear. Some camera-related gadgets and gizmos are weirder than others. Whether it’s a lens that can see behind itself or a three-eyed camera that you can toss like a football, these are a few of the oddest and most innovative cameras, lenses and photography accessories out there. 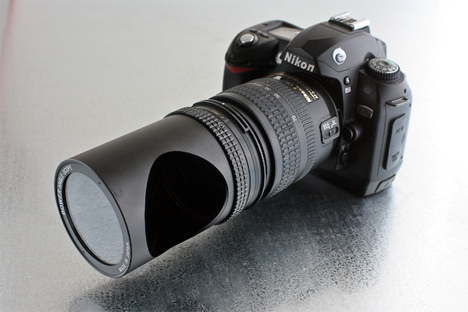 If you’ve ever dreamed of being a spy, the super-secret spy lens is perfect for you. The bulky and conspicuous lenses required for portraiture usually make it difficult to catch people being truly candid. This lens lets you shoot people next to you while aiming straight ahead, making it easier to catch subjects unaware and avoid that awkward moment of recognition.

This tiny digital camera from designer Hye-Jeong Yang may be just a concept, but it’s a good one. The idea is that you set it on a level surface and it spins around in a circle like a top, taking a perfect panoramic picture in the process. It’ll even take video, though a panoramic video taken by a spinning camera may be a little nausea-inducing. 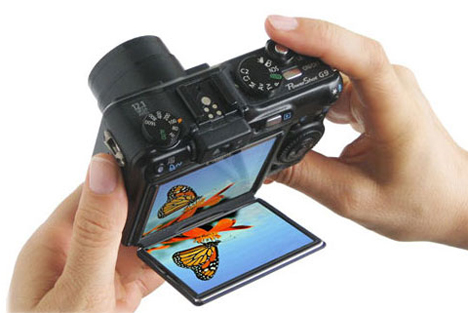 The above doodad is the Flipbac, which gives you the flip-out LCD screen experience without the actual flip-out screen. The small mirror attaches to your camera’s LCD screen and shows you a reflection of what you’re aiming your camera at so that you can shoot at different angles without contorting your body.

This Nikkor Fisheye 6mm f/2.8 lens is so wide that it can actually see behind itself. It’s the widest lens available; it boasts an angle of 220 degrees – a full 40 degrees wider than standard fisheye lenses. The lens will create a strange, circular image which can be corrected digitally to produce a non-distorted picture. The lens was originally produced for scientific use but has found its way into mainstream use. Don’t get any ideas about hauling it to the park for take pictures of the kids, though: at almost 11.5 pounds, it’s a little too hefty for everyday use. 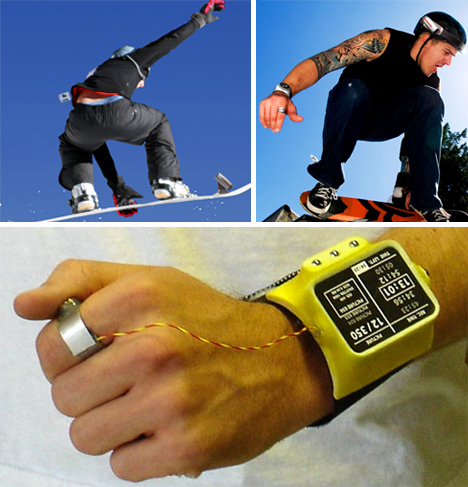 Action shots of people doing extreme things are always awesome, but imagine taking that shot from inside the action. The Rush Action Camera can be worn on a bike, a surfboard, a skateboard, or on a helmet to catch your face or your point of view while you’re sporting your little heart out. The shutter release trigger is worn on a ring on the user’s finger so you can trigger the device to take a photo at just the right moment, with nothing more than a small thumb movement. 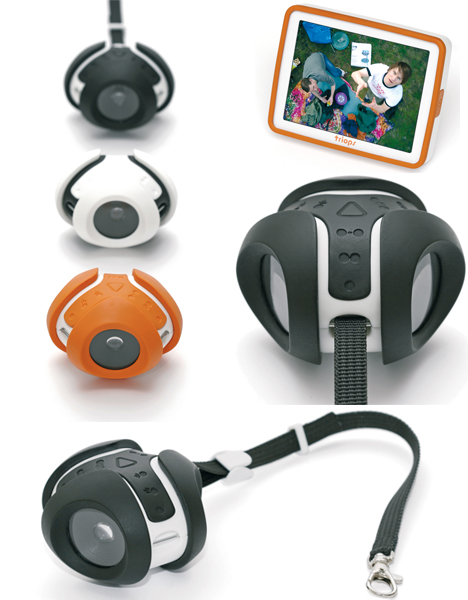 Triops, a cute but tough digital camera from German designer Franziska Faoro, may well change the way action photos are taken. The camera is designed to be thrown, spun, and dangled from its tether to catch photographs that would be impossible with any other camera. It responds to motion, sound or manual triggers and is robust enough to take the bumps and falls it might encounter being used in such unconventional ways. The three fisheye lenses make capturing panoramas simple, and taking sequential photos is no problem. Just imagine the series you could capture after dropping this little guy from a moderate height, or throwing it back and forth in a circle of people. 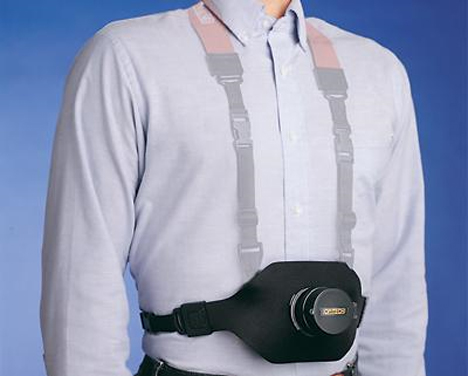 The Stabilizer Strap may keep your camera stable while you’re jogging or biking, but it’ll also make you look like a big nerd. The product site says that you just stretch the strap over the lens to secure it to your midsection, then stretch it away from you to remove the camera. Used in conjunction with your camera’s neck strap, we have to admit that it does look like a pretty good way to keep your camera from swinging around and knocking into things. Just don’t think you’ll find a date while you’re taking all of those active photographs. 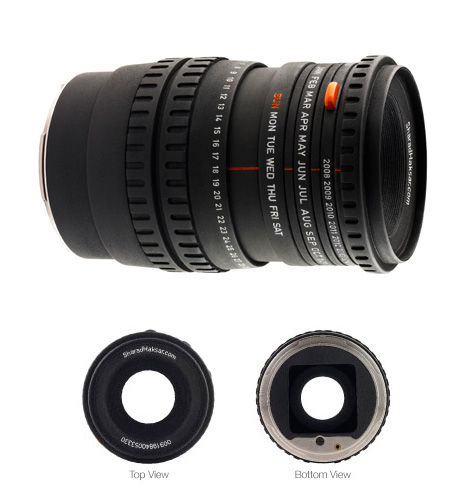 While it’s not an actual camera lens, the camera lens calender is still one of the coolest photography-related accessories we’ve seen. Instead of using the rings to change the lens’ settings, you use them to determine the month, day and year. The designer’s website doesn’t indicate whether the rings are powered by electricity or people, but either way it seems like a perfect accessory for any photographer.

See more in Camera & Video or under Gadgets. September, 2009.